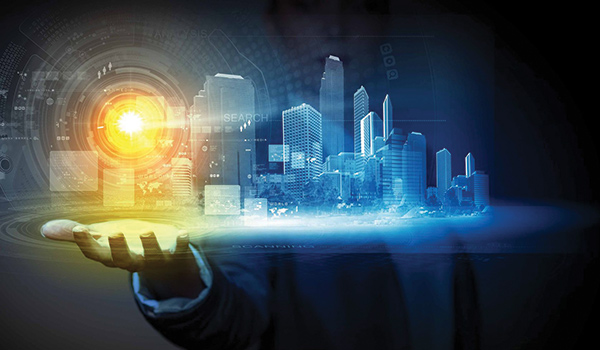 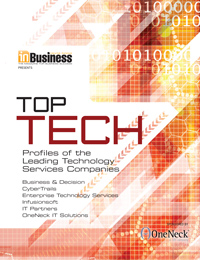 Technology industry sectors, ranging from aerospace and defense to semiconductors and bioscience, represent the cornerstone of Arizona’s economy. They provide high-paying jobs, most of which are located in the Greater Phoenix area. Many of the major manufacturers are household names, while others are start-ups aided by venture capital that never seems to be enough to meet the demands.

Steven Zylstra, president and CEO of the Arizona Technology Council, says the technology industry generates a very large percentage of Arizona gross domestic product. What’s more, it is the primary source of Arizona exports. “Exporting is the best way to create wealth for a region because you are using your creativity to develop new products that you then manufacture and export out of the state, after which you import wealth back into the state,” Zylstra says.

“Technology is also the source of some of the highest-paying jobs on average,” Zylstra adds. For example, of the 11,000 employees at Intel, Arizona’s leading semiconductor employer, the average compensation is $130,000, Zylstra says. In addition to Intel, Zylstra mentions other local technology players, which include Avnet, Microsoft, Honeywell, Raytheon, Sanofi, IO, Infusionsoft, Boeing and Apple. Still others are Microchip Technologies, GoDaddy and JDA Software.

The Arizona Commerce Authority breaks down the technology industry into distinct sectors. ACA says the aerospace and defense industry contributes $9 billion to the state’s economy. Arizona ranks fifth in the nation in A&D employment, with 94,000 direct and indirect jobs, and salaries that average 83 percent higher than the average Arizona wage. There are more than 500 direct and indirect A&D companies in the state.

The Greater Phoenix Economic Council notes that with more than 300 sunny days a year, it’s not surprising that, in addition to Boeing and Honeywell, the Valley is home to BAE Systems, Cessna, General Dynamics, Goodrich Corp., Hawker Beechcraft, MD Helicopters and Orbital Sciences Corp.

Semiconductors are considered the foundation for electronics technology. Arizona-manufactured semiconductors represent 6 percent or $3 billion of the U.S. market and provide 23,000 local jobs, according to the ACA.

Arizona’s bioscience industry generates $36 billion in annual revenue, according to a recent study released by the Flinn Foundation. Hospitals account for the largest group of bioscience jobs — 83,000 — and $22 billion of the bioscience revenue. In addition to hospitals, bioscience industry segments are agricultural feedstock and chemicals; drugs, pharmaceuticals and diagnostics; medical devices and equipment; research, testing and medical labs; and bioscience-related distribution. Phoenix, Tucson and Flagstaff are growing bioscience hubs.

With the abundance of sunshine, renewable energy, particularly solar, is a growing technology sector. The Arizona Solar Energy Industries Association reports 288 solar companies at work throughout the value chain in Arizona, employing 8,558 workers in 2013. Capital investment in solar is expected to increase in Arizona from $84 million in 2010 to $404 million in 2015 and to $1.4 billion in 2020.

The experts agree that Arizona is poised for continued growth and strong economic performance in high-tech and innovative industries. Access to capital for innovative start-ups and early-stage companies is considered vital. The ACA, which awards up to $250,000 to such companies from an annual pool of $3 million, quotes a report that states from January 2011 through September 2013, nearly $500 million of venture capital was invested into 55 Arizona companies.

That’s the key to expanding Arizona’s technology sector, says Zylstra. “Arizona needs to solve the capital formation challenge that we have. There is not nearly enough early-stage capital to invest in all of the worthy technology enterprises. The Arizona Technology Council has been attempting to address that through legislation during the last two sessions, thus far unsuccessfully.”

Indicating there is work to be done, the Milken Institute’s State Technology and Science Index for 2012 lists Arizona in 16th place. The index tracks and evaluates every state’s tech and science capabilities — and their success at converting those assets into companies and high-paying jobs. Massachusetts continues to rank first. Among Arizona’s neighbors, California was third, Colorado fourth, Washington sixth and Utah seventh.