Advances impact care and cost in the business of healthcare 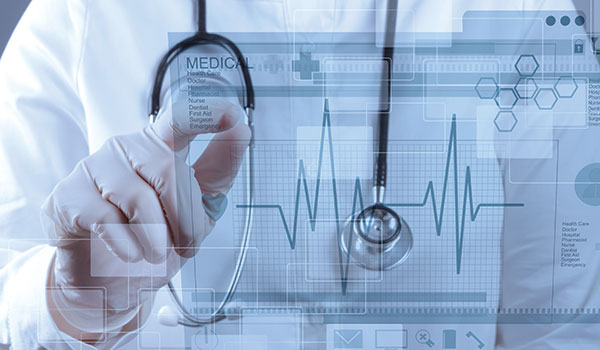 While new technology is blamed as a reason affordable healthcare seems a thing of the past, some Arizona organizations are using such innovations to make medical care accessible on a number of fronts: patient records available immediately, links between rural physicians and urban specialists, use of wireless devices that even patients can afford, and, yes, a life-saving creation that costs less than the cable bill.

For some 18,000 physicians, physician assistants and nurse practitioners, their move from paper to electronic health records (EHRs) means the state’s switch is slightly better than the national average rate of 72 percent, says Melissa Rutala, CEO of Arizona Health-e Connection (AzHeC). This is happening despite prices on EHR systems varying widely and financial considerations that can include not only hardware and software costs but also implementation costs such as IT consulting and legal assistance.

To help with the conversion, AzHeC operates the Arizona Regional Extension Center, one of 62 programs nationally that provide primary care providers and critical access hospitals support that ranges from selection of an EHR vendor to workflow redesign — all at no charge, she says. Also helping are Medicare and Medicaid offering financial incentives to providers who adopt EHRs, with more than $150 million rendered to Arizona providers and hospitals to date.

There are two ways to securely exchange health information here. AzHeC helps connect providers with a point-to-point exchange called Direct Exchange, which offers secure email between providers. A more robust exchange is offered through the Health Information Network of Arizona (HINAz), a community-based nonprofit that enables a provider to securely view records from hospitals, labs, pharmacies and other providers, says Executive Director Kalyanraman Bharathan. He notes that, as this system advances and matures, “HINAz will let health information follow patients [at no cost] wherever they choose to go for care.”

As records become available nearly anywhere, so will medical care itself. Helping is the Arizona Telemedicine Network, made up of 160 sites in 60 communities with the “primary focus on education of healthcare workers,” says Ronald S. Weinstein, M.D., director of the Arizona Telemedicine Program, which maintains the network from the University of Arizona Health Sciences Center in Tucson. While the network is relatively early-stage, there already are groups formed to help one another. For example, there is a tele-echocardiography program for newborns, with partners in more than 25 rural hospitals in Arizona and New Mexico and on reservations, Weinstein says.

There are also situations that put specialists within reach to save lives and even money. Weinstein offers a scenario of someone in Bisbee suffering what may appear to have been a stroke, with options for fast treatment often calling for a helicopter flight to Phoenix for evaluation and treatment. Through the network, a doctor in the Valley can perform a physical exam by video and check MRIs of the brain. Besides making a call on which type of stroke occurred so the right treatment is prescribed, the physician can determine whether a stroke even happened. If that flight had been taken unnecessarily, Weinstein points out, “there goes $25,000 to $30,000 down the drain.”

Although telemedicine is still considered in its infancy, there already are major changes happening. To start, “we’re moving away from the word ‘telemedicine” to ‘telehealth,’” says Weinstein, reflecting it’s not being used just for treatment after the fact. And the technology is evolving to more affordable tools. “Any medical meeting I go to, doctors around the table have tablets for looking at patient charts,” he says. With smartphones becoming more sophisticated, a survey done at the UofA has found “interest in tablets has migrated to smartphones,” Weinstein says.

Another device with wireless capability has been developed in a research lab at the Arizona Center for Innovation in Tucson. One of the features of the pump created by Medipacs to continuously deliver injectable drugs can be a wireless chip set that sends information about treatments to patients’ EHRs, “all falling into play in the future of medicine,” says Mark Banister, chief technology officer and founder of the company.

At the heart of the pump is a polymer that Banister invented with an expandable nature that allows a prescribed drug to be precisely injected over the course of 15 minutes up to two hours. Unlike the legion of pumps available now with nearly as many programming codes, there are fewer Medipacs pump codes, eliminating the risk of lethal doses, he says. But it’s the expected pricing that has people excited. For example, an electronically controlled pump run by battery can be sold for about $100. A non-electronic version with a set control rate will be about $25, Banister says. And either one can be used once then thrown out, unlike the more costly pumps that carry the extra expense of maintenance.

Add to that the savings that hospitals will experience because nurses will spend less time on the many steps currently required to dispense medications, since a pump can come with the dose already in it. “The response from nurses is, it will change their lives,” Banister says.