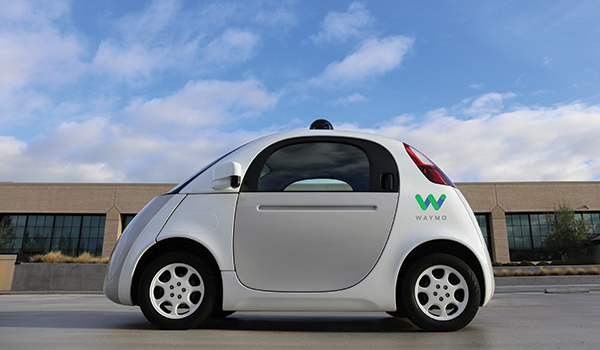 My test ride last month in a self-driving car was boringly uneventful — which is exactly what the goal was. Waymo’s cars first hit the streets last April after logging one billion miles in a simulator where common and uncommon scenarios were imagined and tested, aiming to program the cars to drive like a responsible adult and not careen like a ride at Disneyland.

One billion miles can cover a lot of situations, but real life can still throw some unexpected ones in front of the car. Waymo’s cars now have more than 2.5 million miles on our city’s streets, proving their viability as well as collecting even more experience. The test crew’s favorite story is one of their cars coming upon a wheelchair-bound woman in the middle of the road chasing a duck with a broom. While that specific event was unforeseen, the car’s artificial intelligence had been “taught” to pause for oncoming cars and other moving objects in the road, and processed this situation with those criteria — and safely paused until this moving object was out of the road.

Each car is equipped with three sensors that provide the data it uses to guide its reactions. Cameras allow it to recognize shapes and colors of traffic controls such as stop signs and traffic lights. Radar, which can see around objects for 360 degrees around the car, provides information on how fast other objects are moving and in what direction. And the laser system Lidar gives a three-dimensional version of the real world, allowing an exact understanding of dimensions, such as how high a curb is and whether a human form is likely an adult or a child.

The system is programmed to put that data into context, predicting, for instance, the potential that a child or dog might run into the street after a ball, and what conditions might result from the appearance of traffic cones in the roadway.

Other factors that come into play in real-world driving include local traffic laws and even the nuances of local driving habits.

And the car not only judges what other vehicles and living beings potentially may do, but communicates to them its own potential moves — not just all the legally required turn signals but also “nudging forward” to hint its movement before accelerating from a stop.