Cloud Security – That Is the Question? 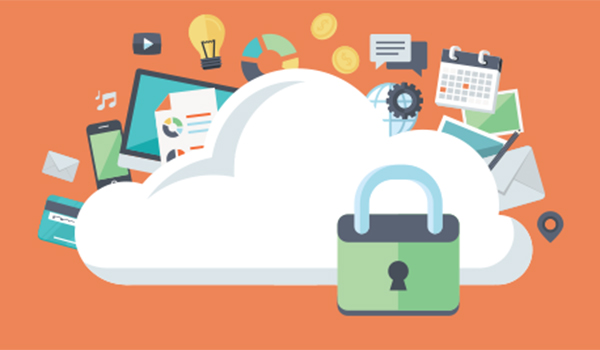 Impressions of cloud security remain mixed. Medium and large enterprises in the United States say cloud security is both the primary benefit and most prevalent challenge of cloud computing, according to a survey conducted by Clutch, a leading B2B research firm.

Fear of the cloud arises from two main sources.

First, extensive media coverage of data breaches at Target and Home Depot and in Apple’s iCloud perpetuate the myth of cloud computing as a security risk. “I think what we’re seeing when it comes to the cloud and security is a bit of a myth that the cloud is less secure,” says David Linthicum, senior vice president of Cloud Technology Partners.

But Jason Reichl, CEO of GoNimbly, points out, “Many recent data breaches have been reported incorrectly. For example, the security breach at Target occurred because a vendor who had access to the company’s portal left a computer on and walked away.” In other words, media narratives ignore that most security breaches result from human error, not shortcomings in cloud security systems.

“No one was hacking the cloud,” Reichl continues. “It was human error, and the cloud cannot protect you from that.”

Second, moving data to the cloud shows the breadth of critical data an enterprise stores on the platform. Awareness of how much information needs to be protected and monitored increases the need for robust, proactive security measures. “Enterprises realized they needed a different, more advanced approach to security,” says Linthicum. “If companies are going to put data and files in the public cloud, security needs to be systemic to everything they do.”

“If you were to look at the skill set in a single organization and compare it to another organization that specializes in a specific solution, all things being equal, you would expect the specialized company to provide the best service. This is how it is with the cloud,” says Duane Tharpe, vice president of Technical Sales and Services at Cloud-Elements. “The cloud vendor will have good, if not better, security and support for security than an on-premise solution. Moving to the cloud would increase the company’s overall internal security.”

The 2016 Enterprise Cloud Computing Survey found a relatively even split between enterprises hiring a professional external consulting firm (53 percent) and employing in-house IT staff (47 percent) to implement cloud infrastructure. Advantages and disadvantages cut both ways: A consulting firm may bring a broader experience and expertise, and avoid the potential of being constrained by existing processes, but it’s vital that knowledge be transferred to the business’s internal staff.

Source: clutch.co/cloud#survey
Clutch’s cloud computing survey included 300 IT professionals at medium and large enterprises in the U.S. with more than 100 employees. The study also measured the budgets that enterprises allocate for cloud security, the additional security measures they implement, and the standards and compliance they consider most important.

Sarah Patrick is a marketing analyst at Clutch, a research, ratings and reviews platform for B2B. She focuses on a variety of topics, including SEO, social media marketing, cloud computing and Business Intelligence data.