We live in an upside world where the old rules no longer apply. Many call it a VUCA world – volatile, uncertain, complex and ambiguous. Mass consumerism has been replaced by a new consumption paradigm as people are driven by new essentialism where things matter less and relationships, experiences and self-being dominate all. In this new world, workers are restless, customers END_OF_DOCUMENT_TOKEN_TO_BE_REPLACED

How Digital Transformation Is Changing Project Management: 4 Things to Know

The COVID-19 pandemic has revealed how important it is for businesses to adopt digital processes. Many companies closed largely because they didn’t digitize, but for other firms, the pandemic accelerated their digital transformation. In the midst of this massive change, project management’s role has shifted but remains  crucial to helping improve overall efficiency and END_OF_DOCUMENT_TOKEN_TO_BE_REPLACED

Joining the Wave of New Entrepreneurs? 5 Mistakes That Can Sink You

More than 5 million people became entrepreneurs in 2021 – a total that smashed the single-year record for new business applications by about 1 million. But hovering over that tide of entrepreneurial optimism is some historically discouraging data: about 20% of small businesses fail within the first year and 50% fail within five. If you’re among the many who recently started END_OF_DOCUMENT_TOKEN_TO_BE_REPLACED

University of Phoenix College of Doctoral Studies announces the release of a whitepaper examining factors contributing to employee turnover, as well as possible solutions: “American Workers’ Reasons for Switching Jobs.” Drawing upon data from the 2022 University of Phoenix Career Institute™ Career Optimism Index® study, Louise Underdahl, Ph.D., a Research Fellow with the END_OF_DOCUMENT_TOKEN_TO_BE_REPLACED

The Great Resignation is looking more and more like The Great Negotiation, to borrow a headline from one recent article. This renegotiation is more than just better pay and better hours. It’s about the other things that make a workplace attractive, such as health benefits and other perks. Companies have three primary drivers when adding better health benefits: to attract and END_OF_DOCUMENT_TOKEN_TO_BE_REPLACED

What Does ‘Clean’ Really Mean? How to Be Thorough and Stay Safe

The COVID-19 pandemic inspired a cleaning frenzy in many American homes, but how many people are cleaning thoroughly to prevent the spread of germs? Some don’t know what “clean” really means in the context of infection prevention, says Tricia Holderman, author of Germinator: The Germ Girl’s Guide To Simple Solutions In A Germ-Filled World. “The COVID-19 pandemic got a lot END_OF_DOCUMENT_TOKEN_TO_BE_REPLACED

Over the past decade, the tech industry expanded beyond the traditional hubs of the Bay Area, Seattle, Los Angeles and New York City into new frontiers in Atlanta, Austin, Denver and Orlando. Firms sought out new talent and planned expansions in lower-cost areas. Despite this, nearly 50 percent of new tech job openings from 2015 to 2019 were still located in high-profile tech END_OF_DOCUMENT_TOKEN_TO_BE_REPLACED

When you are starting a business, getting to know your customers is one of the most important things you need to do. Without this fundamental knowledge, creating marketing plans will become difficult and your sales projections will always be off. Having a gut feeling about your market will only bring you more headaches. Instead, strive to challenge your assumptions with data END_OF_DOCUMENT_TOKEN_TO_BE_REPLACED

CoreLogic, a leading global property information, analytics and data-enabled solutions provider, today released its monthly Loan Performance Insights Report for February 2022. For the month of February, 3.2% of all mortgages in the U.S. were in some stage of delinquency (30 days or more past due, including those in foreclosure), representing a 2.5 percentage-point END_OF_DOCUMENT_TOKEN_TO_BE_REPLACED

Your Check List to Be the CEO of Your Dreams

Regrets suck! Well-meaning people have trained our dream right out of us. Who have been the naysayers in your life? You may have had many, but the worst critic can be the one in our own head. You may doubt yourself, thinking, “I’m not good enough,” or “As soon as I…, then I’ll start on my dream.” No! Enough is enough. It’s time. Your time. So, where do you start? What do you END_OF_DOCUMENT_TOKEN_TO_BE_REPLACED

As temperatures climb, it is important to remember that heat can be deadly. The Maricopa Association of Governments (MAG) wants residents to know how they can find shelter from the heat, and how they can help others who might be vulnerable. The Heat Relief Network, organized each year by MAG, launches today with warnings that all residents are at risk, no matter their age END_OF_DOCUMENT_TOKEN_TO_BE_REPLACED

Workplace cultures have changed dramatically for 35% of U.S. employees, according to a research report released by Quantum Workplace, a leading provider of comprehensive employee engagement and performance software as well as the leader in data collection for the nationally recognized Best Places to Work Programs. The company’s latest research report, Unpacking END_OF_DOCUMENT_TOKEN_TO_BE_REPLACED

When it comes to leadership, a fine line can exist between confidence and egotism. Certainly, everyone has an ego and we would achieve little in life if there wasn’t a part of us filled with the conviction that we can tackle the challenges before us. But unfortunately, sometimes things get out of hand. When a leader has an outsized ego, that can result in the entire END_OF_DOCUMENT_TOKEN_TO_BE_REPLACED

Construction Safety Week 2022: Why Businesses Should Prioritize Inclusion in their Approach to Safety 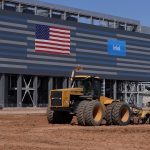 Safety in the construction industry rightfully focuses on the proper handling of materials and machinery through process, documentation and oversight. But businesses looking to take their approach to safety to the next level should prioritize building a culture of inclusion. Building Inclusion into Safety Safety is essential in the construction field, and there are END_OF_DOCUMENT_TOKEN_TO_BE_REPLACED

Addressing Imposter Syndrome: What Decision Makers, Others Need to Know

There is a big difference between being nervous about starting a new job or work responsibility versus having imposter syndrome. For most people, feelings of insecurity and anxiety pass, as there is still a fundamental belief in being able to complete the task at hand. On the other hand, someone with imposter syndrome has pervasive, serious doubts about their abilities. They END_OF_DOCUMENT_TOKEN_TO_BE_REPLACED

The pandemic has been blamed for a lot of things, but one positive was that it forced business leaders to shift priorities to put greater attention on the health and safety of their employees. Focusing on health and safety was the right thing to do, plus it supported efforts to recruit, retain and promote their best people during a time when it’s hard to hang on to good END_OF_DOCUMENT_TOKEN_TO_BE_REPLACED

It is no secret that relationships are important to our lives. They help us think outside the box, challenge our assumptions, and grow as individuals. When relationships are nourished, the rewards are fulfillment, contentment and happiness. But what happens when you apply this concept to a small business? Every successful entrepreneur has a network of supportive relationships END_OF_DOCUMENT_TOKEN_TO_BE_REPLACED