OHM Fitness Takes Off at an Electrifying Pace 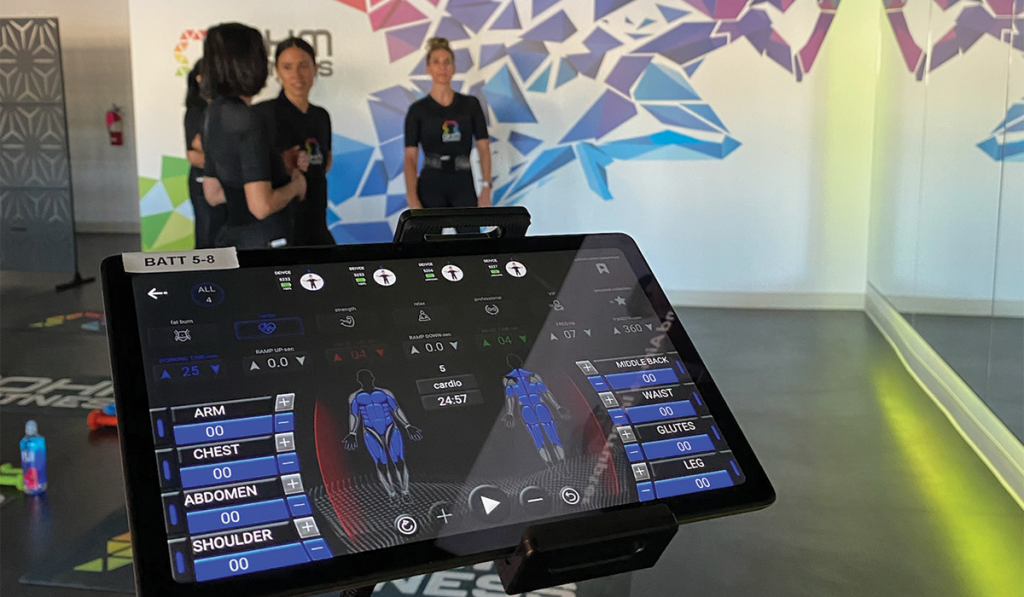 OHM Fitness is the first franchise to deliver small group workouts using the highly effective electrical muscle stimulation (EMS) using wearable technology through its EMPower Suit. Explains founder Doug Payne, “This high-tech fitness experience packs the benefits of an intense two-hour workout into a low-impact, 25-minute session with a low rate of wear and tear on the joints, ligaments and muscles, in comparison to other HIIT workouts.”

He and his partners began working on the concept in 2021 and opened the first OHM Fitness studio this past June. Owned and run by Payne, he uses this one as a model for interested franchisees (they hold discovery days there often). He has no plans to open another studio himself but works closely with area developers and franchisees to ensure the success of new studios. Locations are currently set to open in Austin, Texas; San Diego, Orange County and Sacramento, in California; and 35 more in Arizona over the next three years.

“It was the perfect storm of events and timing,” Payne relates about the company’s founding. “I had long been in the franchise game, and my partner Eric’s girlfriend had just gone to a training facility in Newport Beach that she was raving about. He broached the subject of EMS to our other partner, Steve. However, the old technology that it was tethered to at the time — suits plugged into big machines — made doing group training efficiently and smoothly a non-possibility. Then they brought the idea to me, and when they did, we found the ideal technology at just the right time to make our quickly blossoming vision a beautiful reality.

“We each had the perfect combination of experience, skill and vision from our past to bring this idea to fruition,” Payne says, noting they had all made mistakes in the past to learn from, and brought from that a wealth of knowledge and ambition.

In fact, Payne — who has a long and strong history with franchise development — recalls a transformative meeting he had during the dot-com era. “I had an idea to convert the 40-hour trainings that pilots had to log into online learning.” At the time, one of the most famous investment firms in the San Francisco area was Draper, Fisher, Jurvetson International, and he had a meeting to pitch the firm to invest in the company. “Draper himself was in the room. He listened to our pitch and then dismissed the room, asking only myself and my COO to remain behind. He looked at me and said, ‘Son, I like you. I think you’re very smart, I do like this idea, and I think it solves a real problem, but let me ask you this: How many companies have you started that you have failed?’ I puffed out my chest confidently and said, ‘None!’ To which he responded, ‘I need you to come back after you’ve failed.’

“I have always thought about that every time I’ve begun a new venture and it sticks with me to this day, because what he was really telling me was to never give up, and certainly to never view failure as a reason to give up, but more so as the thing that will help me succeed next time.”

Payne expects the synergy the team started with will continue as it expands and they bring in more people and partner with more companies “that have just the right combination of what we need.” Their biggest challenge was sourcing and developing the right suit. “The creation of the EMPower Suit and the immersive experience was the toughest part of the equation to solve, but now that we have it is also our biggest strength.”