More Than a Bank: A Community Partner 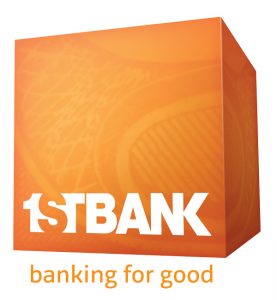 FirstBank has been the presenting sponsor for the Arizona Gives program since its inception. Its focus on “banking for good” is one it takes seriously, literally even, and it’s evident in its partnership to this program over the past 10 years and its ongoing commitment to giving both its time and financial resources to all types of causes.

Arizona Gives is a statewide online giving program that promotes philanthropy and awareness about the work the nonprofit sector does for our Arizona community. The program is run by the Alliance of Arizona Nonprofits, the statewide nonprofit association that unites, strengthens and advances Arizona nonprofits, and Arizona Grantmakers Forum, the statewide association for the philanthropic network to connect, educate and advocate for greater impact.

With FirstBank’s commitment, the Alliance of Arizona Nonprofits and Arizona Grantmakers Forum, co-hosts of the Arizona Gives program, have helped raise more than $30 million for Arizona nonprofits since 2013.

Commitment to the Community

FirstBank’s commitment to charitable giving is a key part of its business philosophy. The company heavily invests at the local level, believing nonprofit organizations are integral to Arizona’s social fabric, and that the bank is only as strong as the community it operates in. FirstBank impacts thousands of Arizona nonprofits through its support of Arizona Gives and other charitable giving activities:

Online giving: FirstBank and the Alliance of Arizona Nonprofits started Arizona Gives Day, a 24-hour online giving initiative, in 2013. The bank has invested well over $1 million to spur donations and has provided an incalculable amount of time, talent and resources to promote the campaign. These efforts helped Arizona Gives Day raise a record $7.1 million to 982 organizations in 2021 alone.

Donations: FirstBank has donated more than $4 million to Arizona nonprofits since 2007. Many of these donations are tied to organizations and causes FirstBank employees are passionate about. The bank donates an average of $4 million annually to nonprofits throughout their trade areas and has contributed nearly $75 million in nonprofit contributions since 2000.

An unassuming philosophy and mission of “banking for good,” advocated from the top down, has helped the bank reach record growth while making a substantial impact on the communities it serves through programs like Arizona Gives.

To drive interest in donations for Arizona Gives Day, the bank runs a “Give it Forward” campaign each year — where FirstBankers have posed as grocery store baggers, restaurant servers, veterinarian technicians, gas station attendants and more — to pay the tab for unsuspecting community members, encouraging them to “Give it Forward” to their favorite Arizona Gives Day charity.

In the face of the COVID-19 pandemic, FirstBank launched a Support Local initiative to prop up businesses and recognize frontline workers. FirstBank surprised essential workers with free meals at several local grocery stores and delivered meals to homeless families being served by a local nonprofit, as well as to the nonprofit’s staff.

From direct donations and donation campaigns to employee involvement, philanthropy is a key component to FirstBank’s culture. During bi-annual reviews, volunteerism and community leadership are factored into officers’ overall job performance score. Officers are encouraged to join nonprofit committees and boards. Many of the bank’s senior leaders and presidents in Arizona lead by example — in some instances joining the boards of multiple nonprofits.

The bank has an Employee Giving Program, where employees can elect to donate a small portion of their paycheck to charity. The company’s Employee Volunteer Program also gives employees two days PTO to devote time to organizations they care about, meaning the company pays employees to support charitable causes. FirstBank employees log thousands of hours each year, donating their time to nonprofit organizations.

FirstBank, one of the nation’s largest privately held banks, began providing banking services in 1963. It started from humble beginnings — in a 50-foot trailer coined the “check wagon” — and has grown to more than $27 billion in assets and 100 branch locations across Arizona, Colorado, and California. Since 2000, FirstBank has been recognized as a leader in corporate philanthropy, contributing nearly $75 million and thousands of volunteer hours. Additionally, a large portion of its stock is owned by management and employees, giving all employees a financial stake in the bank’s success. FirstBank employs more than 100 people at its 14 Arizona branches, led by Market Presidents Joel Johnson and Humphrey Shin. FirstBank’s corporate headquarters is located in Lakewood, Colo.