According to JLL’s Q1 Phoenix Office Market Report, metro Phoenix has absorbed more than 1 million square feet of office space since the first of the year — a quarterly high not seen in more than 10 years. This is already massively ahead of 2018, which, though a notable year for local office space, recorded 1.7 million square feet in total absorption for the full 12 months.

“The continued positive absorption numbers and growth in metro Phoenix is obviously very exciting. We are optimistic that more job creation in all types of industries will continue here and are optimistic for a continued strong 2019,” says JLL Senior Managing Director Pat Williams.

During Q1, 900,000 square feet in new Phoenix office leases were completed and 78 additional tenants are collectively looking for more than 4.6 million square feet of space.

As Q1 absorption figures increased, vacancy dropped by nine basis points in the first quarter, creating the lowest vacancy rate Phoenix has seen since the second quarter of 2008. That creates a good backdrop for the approximately 2 million square feet of new office product under construction and expected to start delivery in the coming quarters.

“Collectively, these fundamentals reflect a still very strong market. We expect that momentum to continue, delivering opportunity to our clients throughout the remainder of 2019,” says Williams. 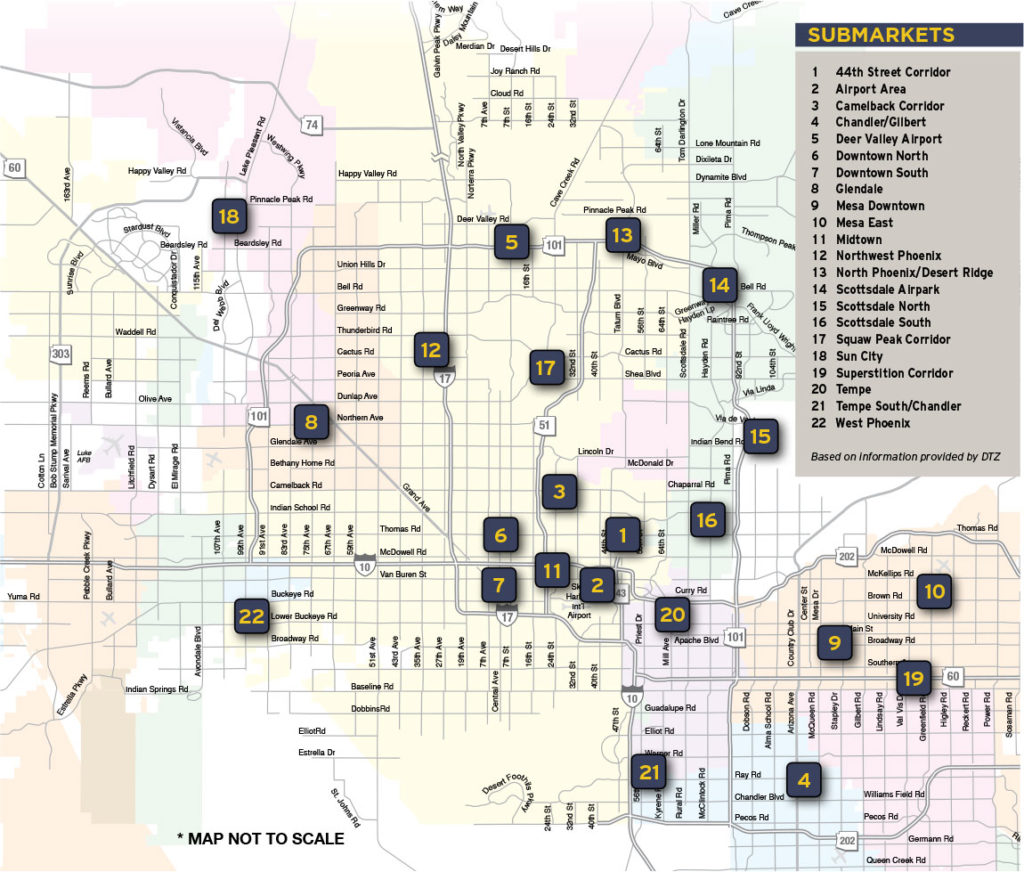