Scottsdale Spice turns up the heat on World Chef Competition

by Scottsdale Area Chamber of Commerce 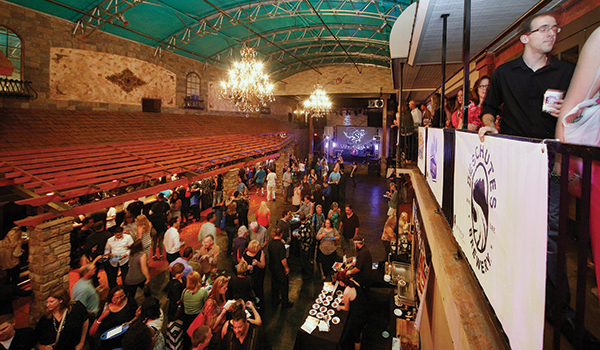 Scottsdale’s newest culinary event crowned some of the “hottest” chefs in the Valley on Sat., Sept. 27, 2014, who showcased some of their spiciest dishes — and where one chef was selected to compete for the world title.

More than 700 attended the inaugural Scottsdale Spice Culinary Event, presented by Comerica Bank, at the Venue in downtown Scottsdale to sample dishes with a variety of heat levels prepared by some 20 Valley restaurants.

Not just a local foodie event, Scottsdale Spice was selected as a qualifying event for the World Chef Challenge in Las Vegas. At the Challenge, which took place in November 2014, one chef took home $25,000 in cash and prizes. Spicy Awards were also handed out at Scottsdale Spice for favorite hot, medium and mild dishes, best overall dish and best booth décor.

Kate Crowley, food reviewer for Phoenix New Times; Mike Wahlberg, executive chef at Vintage 95 in Chandler; and Joanie Simon, host of “Restaurant Live Arizona,” judged 20 dishes based on flavor and presentation to determine who would earn the Golden Ticket and the right to compete at the World Food Championship.

Chef Anthony Serrano of El Palacio Restaurant and Cantina in Chandler was named the Golden Ticket winner and qualifier for the World Food Championship. With a name like that, it was no wonder that Chef Serrano took the night’s honors with his interpretation of Carnitas Street Tacos, citrus-braised pork accompanied by spicy slaw nestled on a beer-can holder.

Event-goers had the opportunity to let their voices and palates be heard, and voted on a variety categories. Winners of the Spicy Award were:

Setting the smokin’ atmosphere for the evening was Sapphire Sky, which rocked out high-energy tunes as blistering as the food.