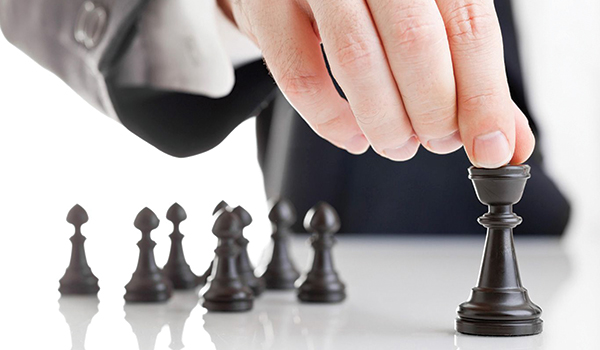 Scottsdale Forward sprang from the landmark initiative, coordinated by the Chamber and paid for by the business community, Which Way Scottsdale. Researched and written by the Morrison Institute for Public Policy, WWS highlighted many of the strengths and challenges for Scottsdale which frequently are the sources of conflicting visions within the city which we still see today in the General Plan discussion.

Now on an annual basis, the business community gathers to address issues of importance to the economic health of the community, the region and the state. This year, attendees will have heard a SWOT analysis of Scottsdale’s economic future from Jim Rounds of Elliott D. Pollack & Company and received information on the economic impact of athletics and special events like the Waste Management Open, Spring Training baseball from the Giants perspective, the Super Bowl and the Phoenix Coyotes.

After the morning break, the audience will have been presented with a unique “power panel” featuring five of the state’s gubernatorial candidates. All major candidates were invited to attend, but school vacation week captured one top candidate, Doug Ducey, who was unable to take part. Secretary of State Ken Bennett, former regent Fred Duval, former Go Daddy executive Christine Jones, State Senator Al Melvin and Mesa Mayor Scott Smith will have taken part in a moderated discussion on economic competitiveness for the State of Arizona.

The audience will also have heard reports from Chamber CEO Rick Kidder on the results from last year’s Scottsdale Forward, which spawned four groups that worked through the summer to address issues of importance to the economic health of the city.

This is a key time in Arizona history, when most of the state’s top leadership will turn over. Voters will have the opportunity to elect a new Governor, a new Secretary of State (who would serve as Governor should the Governor depart office for any reason) and a new State Treasurer. With these new faces, we can expect a fresh perspective on our state. This is an important election. We will report on Scottsdale Forward outcomes in a later issue.