by Jeff Mirasola, Immediate Past Chairman of the Tempe Chamber Board of Directors 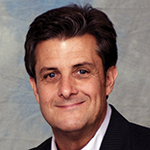 There are several things I can already tell you about Aug. 26 of this year. It’s a Tuesday. The average high temperature will probably hover around 104 degrees. And it’s primary election day. I can also tell you that, historically in Arizona, only about 28 percent of the people eligible to vote will actually vote in the primary. In Maricopa County, that number drops to a little over 26 percent. In Tempe, that number drops down to a hair over 23 percent. Less than one in four eligible voters in Tempe will decide who will run in the November general election to determine who will occupy three Tempe City Council seats.

This is the first Tempe election that has to conform to the new law which places most races across the state on the same days. If this were 2012, when we last had a primary, it would already have happened. The primary was March 13, and the general election that year was held in May.

So now that all elections are held on the same days, the theory is that the turnout may be greater this year because we will be electing a new governor in November. Historically, voter turnouts are higher during presidential, gubernatorial or congressional races.

But what about the primary? For the majority of Arizonans, politics is not the primary thing on their mind during the months leading up to Aug. 26 when the average temperature is 104 degrees. Many families are just getting back from summer vacation. True — most schools have already started, so families should be in town, but barely. The people really engaged are either running for office; working for someone who is running for office; are lobbyists, reporters, political junkies; or related to all of the above.

I recently heard State Senator John McComish plead with people to vote in the primary. The Senator pointed out that primaries tend to bring out the extremes on both sides of the aisle. Some good candidates may get overlooked for being too much down the middle. The extreme candidates tend to get their extreme supporters out to the polls. So then by the time the general election rolls around, the race, for all intents and purposes, is over.

I know the problem of low voter turnout in primary elections is something you’ve probably heard before. What people don’t realize is that the way districts are drawn, most elections are decided by the winner in August, because the demographics in so many districts lean heavily toward one party or the other. It seems you could run Sparky in November and win if Sparky were to claim the right party designation in front of his name. This doesn’t hold true as much for Tempe municipal elections, since candidates run citywide and without party designation, but it definitely could be true for the congressional race.

Remember that if a candidate in a Tempe race gets 50 percent of the vote plus one in the primary election, that candidate is in. There is no need for a general election. In 2012, Corey Woods received almost 64 percent of the votes and Joel Navarro a little more than 52 percent. They were both re-elected in the primary. Neither Mark Mitchell nor Michael Monti received more than 45 percent and went to a general election. Mayor Mitchell was eventually elected by a slim 139-vote victory over Monti.

I mentioned earlier that 23.14 percent voted in the last Tempe primary. There are 15 precincts in the city. The voter turnout ranged from a low of 6.41 percent to 37.21 percent. Candidates look at this data. How much attention do you think the voters are going to get in District 3 where the turnout was less than 6.5 percent?

If, after all this, you still plan on staying home during elections, that’s your right as an American. But you know what they say about the connection between voting and complaining.