Here We Grow! The West Valley on the Rise 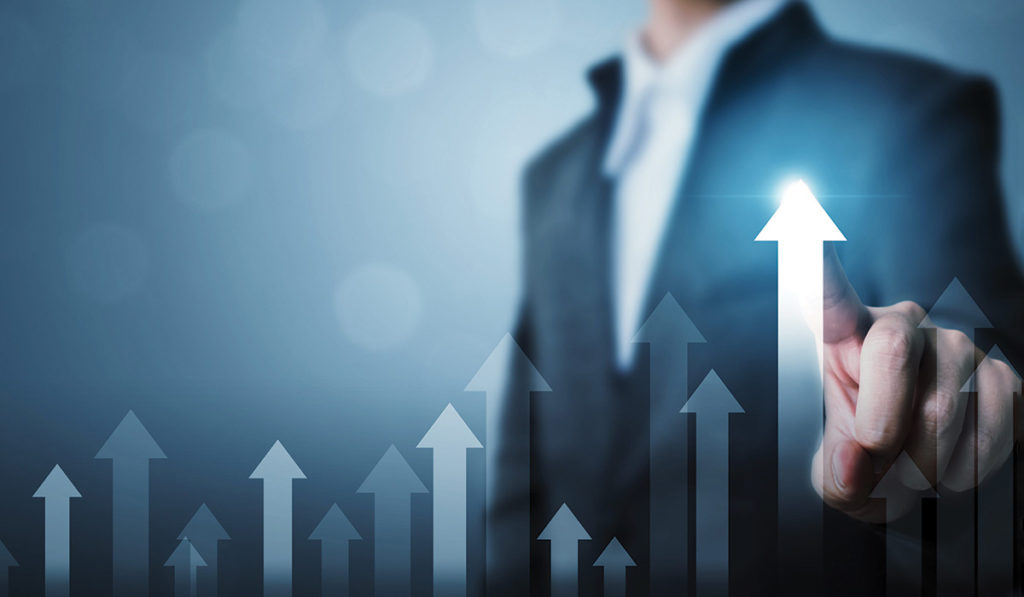 The West Valley has proven to be a beacon of light this past year in what most would agree was a pretty dark and ominous time for economic prosperity across Arizona.

West Valley communities saw growth in the past two to three years across just about all industries. From commercial and residential real estate to healthcare and employment to manufacturing and supply-chain management — the region has been on the positive side of progress.

“The West Valley has taken on a special role in our region during the COVID pandemic,” says Suzanne Kinney, president and CEO of the Arizona Chapter of NAIOP. “As more commerce moves online, warehouses and distribution centers in the West Valley have made it possible to provide essential goods to our population in a timely and efficient manner.

“The region’s excellent infrastructure, strategic location, qualify workforce and affordable land cost all make it an ideal location for continued growth of these critical facilities,” she continues. Kinney’s association advocates for the commercial real estate industry in Arizona.

According to WESTMARC data, more than 1.7 million people call the West Valley home, and its population over the next five years is projected to grow at twice the national rate of growth. The Maricopa Association of Governments predicts the West Valley will be home to 2,094,824 residents by 2030.

The region’s mix of high-end and affordable housing contributes to a diverse region that attracts both executives and first- time home buyers.

According to Dan Rhea, Toll Brothers Inc. division vice president, the current housing market in the area is healthy and robust. He says home prices in the West Valley are reasonable and with the region’s proximity to new employment hubs, Loop 303 and California, it is a “highly desirable location.”

In early January, Georgia-based homebuilder Ashton Woods purchased a vacant 328-acre parcel at the northwest corner of Happy Valley Road and the 75th Avenue in Peoria for $72.6 million at a state land auction.

Shea Homes purchased 415 acres adjacent to the land that Ashton bought in mid-December. The company already has built two other communities called Alora Vita near that parcel.

“We are big believers in the West Valley,” Steve Hilton, chairman and CEO of Meritage Homes, said in a July 2020 interview.

“The West Valley has a phenomenal transportation system with a tremendous number of new highways, with Loop 303 and Loop 202. And there is still land that is relatively affordable. We are big proponents of the west side, creating value and affordable homes for the metro Phoenix market,” Hilton says. “Frankly, we’re building twice as many homes in the West Valley than we are in the East Valley. We see that as the frontier for housing in the metropolitan Phoenix area.”

The City of Avondale saw the biggest residential growth in 2020, with a 336% increase in single-family homebuilding permits being issued. Activity at Alamar, a 1,130-acre master-planned community with nearly 3,700 homes being developed by Brookfield Residential Properties Inc., is responsible for a large portion of the increase.

Not all the new single-family builds are entry-level, though. In Surprise, a community known for more affordable housing, homebuilders are moving fast to develop Sterling Grove, a 750-acre gated golf course community. Toll Brothers plans to sell 2,200 homes ranging from the mid-$300,000s to the low-$500,000s in the master-planned development.

“The West Valley is a rapidly growing part of Phoenix metro. With the new business growth we are seeing in the area and the availability of exciting pieces of land such as Sterling Grove, it was a natural fit,” says Rhea.

Sterling Grove is an all-age community with age-qualified neighborhoods within the masterplan. There are eight new- home collections with a range of price points and luxury-home designs within the community. Sales, Rhea says, are going well for all the collections.

Rhea also says there are additional opportunities for Toll Brothers in the West Valley, but it is too soon to discuss.

Maracay Homes, which focuses on the second-home market with properties averaging $600,000, has three communities in the West Valley where the builder is offering a variety of home prices. Lennar Homes has several West Valley projects on the drawing board, including a $600-million investment in Asante, where the company is looking to build 2,000 entry- level to luxury homes near 163rd Avenue and Deer Valley Road in Surprise.

Goodyear consistently has been a top submarket for industrial and logistics development in the Valley. There was 3.2 million square feet of industrial space under construction in Goodyear by the end of the third quarter 2020, according to CoStar research. Amazon is on track to become Goodyear’s largest employer and will have nearly 3,000 employees in the city by the end of 2021.

China-based mattress manufacturer Mlily purchased 643,798 square feet of industrial space in Goodyear to be used as a facility to make its memory-foam products.

The City of Goodyear and Globe Corp. formed a public-private partnership to develop 47 acres owned by Globe near 150th Drive and McDowell Road. The projects will include a 120,000-square-foot building housing Goodyear City Hall and city departments, a public park and 100,000 square feet of speculative class A office space.

“All eyes are on the Globe project,” said Sintra Hoffman, CEO of WESTMARC, in a November interview. She said she expects Globe Corp. will be leaders in pioneering high-quality office space in underserved West Valley markets. WESTMARC is a public-private coalition of 15 West Valley communities.

Additionally, Kehe Distributors, a wholesale food distributor, has leased 471,205 square feet in Glendale and construction is underway on a 465,000-square-foot, multilevel Amazon fulfillment center in Surprise that is expected to open in late 2021.

Southwest Valley leads the Phoenix metro with 4.8 million square feet of positive net absorption during the first three quarters of 2020, including nearly 2 million square feet absorbed by multinational companies, according to data from Cushman & Wakefield.

Brokers call the Loop 303 corridor “one of the hottest corridors in the Southwest U.S.”

Here are just a few examples of why:

The retail story for much of the Valley has been bleak as a result of COVID, with big boxes closing, mall stores shuttering and small businesses struggling to stay afloat. In Peoria, however, city officials have laid out an “aggressive” economic development plan, according to Mayor Cathy Carlat.

Peoria is looking to attract “the type of private investments and businesses we know our residents want,” Carlat says.

One of those development projects is the Park West retail center at Northern and 91st avenues, which has just undergone a $4-million makeover and now boasts more than three dozen eateries, entertainment and shopping options.

“As we continue to grow, it’s important that development projects incorporate pedestrian connectivity and place making, and we are pleased to see that Park West continues to meet this demand. From CIRE’s $4-million investment to elevate the experience in the plaza, to the welcoming of several chef-driven and unique businesses, Park West continues to build itself as a thriving, vibrant destination experience for the region,” she said.

Price adds that Park West was the fastest-growing retail center in Arizona in 2020, with seven new store openings.

“We expect an even stronger year in 2021, with more first-class service, unique restaurants and retail stores being added,” she says.

Another project gaining momentum in is Stadium Point, a mixed-use development near the Peoria Sports Complex. The land, which is owned by the city, is along 83rd Avenue south of Bell Road and includes more than 1 million square feet of development on 17 acres. The project will feature some class A office, parking, retail and dining as well as a hotel, residential, retail, dining and entertainment.

“The P83 Entertainment District is a tremendous point of pride for our city and we have worked strategically over the past few years to position this area for long-term success,” Carlat says. In 2021, the Peoria City Council approved a memorandum of understanding with American Life Inc. to develop Stadium Point at P83, a project Carlat calls “a transformative, vertical, mixed-use development.”

In addition to residential, retail and manufacturing, medical office and specialty healthcare development is looking to the West Valley for the future. One of the most promising projects is the Akos medical campus in the Avondale Health- Tech Corridor north of Interstate 10. According to Timothy Cozatt, investor relations officer for Akos, west of the I-10 and Loop 101 corridor is the next big growth opportunity in the Phoenix metro area.

“The West Valley has been underserved and was prime for an affordable access to top healthcare providers, physicians and specialists. Housing and commercial growth on the west side have accelerated at a fast pace with many affordable housing options for families. Sadly, basic services and infrastructure such as healthcare or retail establishments were struggling to keep pace,” Cozatt says.

“The Avondale Health-Tech Corridor was primed to develop a new class-A medical campus,” Cozatt adds. “As a resident of the West Valley, I experienced first-hand the challenges that patients have seeking healthcare options.”

With the current housing growth in the West Valley and the COVID pandemic, hospital system resources are reaching capacity. The medical campus is a catalyst for future healthcare developments providing patients with more options in the West Valley, he says.

Akos, a growing telehealth company, saw the development — which already is 70% leased — as an opportunity to be an “early mover” by bringing innovative healthcare services to the West Valley to serve the growing population and commerce.

Cozatt says work on Phase 2 of the campus, which includes a sister building with complimentary services, has started. There also are some clinical and surgical practices in the pipeline, including a dental practice and sleep lab.

West Valley leaders are optimistic that growth will continue bringing new employment opportunities to the region. Currently, about 36% of metro Phoenix’s healthcare talent, 32% of its finance and insurance labor and 34% of manufacturing workers reside in the West Valley.

By 2030, 40 percent of the metro’s population growth will occur in the West Valley.

Currently in the West Valley, the warehouse/distribution/manufacturing sector employs more than 27,300 people, followed closely by the healthcare industry with 27,080 workers. The finance, aerospace and technology sectors employ nearly 15,000 people.

Companies such as Chewy, Farmers Insurance, SK Food Group, UPS, Andersen Corp. and others have either located to or expanded in West Valley cities in the past three years.

The new Akos medical campus, for example, estimates 500–600 net new high-wage jobs for physicians, nurses, technologists and support staff in Avondale and Surprise. That number is expected to grow as more businesses take space on the campus.

“I foresee that these medical campuses will also influence the active growth in the area and motivate other healthcare providers and developers to flock to the West Valley, resulting in fast development and establishment of the West Valley as a premier living location in the Greater Phoenix area,” Akos’s Cozatt says.