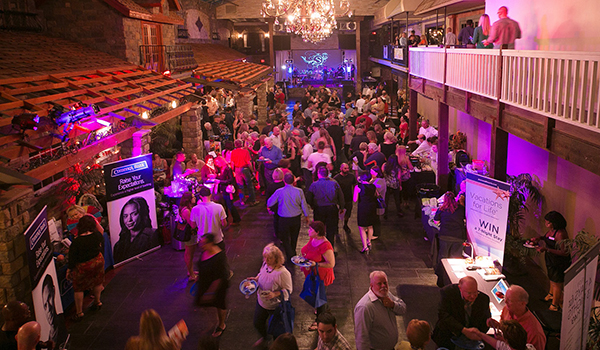 While the Arizona summer heat in September is just beginning to cool down, things are just starting to heat up at the 2015 Scottsdale Spice Culinary Festival.

Returning to The Venue in Downtown Scottsdale on Sat., Sept. 12, Scottsdale Spice will feature dishes served up by some of the Valley’s hottest chefs. The culinary all-stars will compete in the mild, medium and hot categories for a coveted Spicy Award. Other awards, like Best Booth Décor, Spiciest Dish, Best Dessert, Most Authentically Arizonan and more, will add spark to the event.

And as a qualifying event for the World Food Championships, judges will select one chef to go on to compete this November in Kissimmee, Fla., for cash and prizes.

Last year, more than 700 attended the inaugural event to sample offerings by some 20 restaurants. Chef Anthony Serrano of El Palacio Restaurant and Cantina in Chandler was named the 2014 Golden Ticket winner and qualifier for the 2014 World Food Championships with his interpretation of Carnitas Street Tacos, citrus-braised pork accompanied by spicy slaw nestled on a beer-can holder.

Event-goers can also try some of the many beer, wine and cocktail samples while enjoying live entertainment.

“We had a fantastic turn-out last year for our first Spice event,” said Anna Mineer, vice president of business development for the Scottsdale Area Chamber. “We hope to build on that success by making the 2015 Scottsdale Spice Culinary Festival even hotter!”

The Scottsdale Spice Culinary Festival is a 21-and-over-only event. Purchase your tickets early as this is a popular event.