2014 Election Season at a Glance 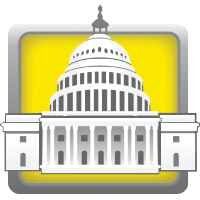 Election season has arrived, and for the next six months, you should expect to see campaign signs on roadways, political commercials on TV and radio, and the occasional robocall with its pre-recorded message. There are elections each year, some bigger than others. I use the word “bigger” to imply that some elections have greater consequences and draw a larger voter turnout. This year, we have a midterm election, which refers to one that falls two years after the quadrennial (4-year) elections of the U.S. President. I consider a midterm election to be the second largest election, second only to the one in which we elect the President and Vice President of the United States. 

At the federal level, all 435 seats in the U.S. House of Representatives and one-third of the 100 seats in the U.S. Senate are up for grabs during a midterm election. At the state level, however, even more is at stake in 2014 for Arizona voters. Not only are all seats in the Arizona Legislature up for grabs (30 in the Senate and 60 in the House of Representatives), we will also be electing a new Governor, Secretary of State and Attorney General. The 2014 elections in Arizona are very important because the balance of power between the political parties in our state is at stake.

The following are some important dates that you should be aware of:

For more information on the 2014 elections, I encourage you to visit the Office of the Arizona Secretary of State at azsos.gov.