We need to refine our skills, adjust our mindset and modify our direction 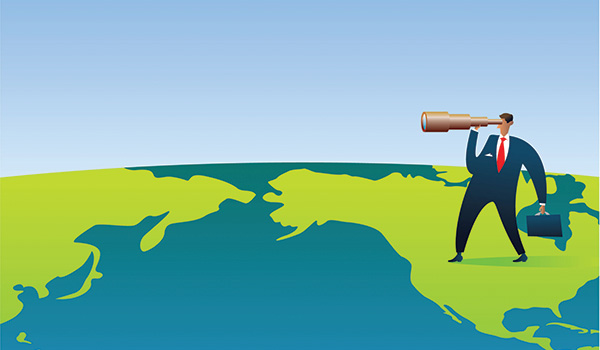 One of the main challenges of the U.S. economy is mind-set. As trade borders become seamless and the world becomes more dependent on technology, U.S. companies and their executives must scramble to acquire the tools and skills necessary to survive and thrive in the increasingly competitive global market.

The basic reason for our nation lagging behind and suffering from a negative recovery, and a much slower one than other nations, is our own unwillingness to play in the sandbox with the other nations in this new economic order.

Or, is it that we are so spoiled that we don’t know how? This is not about simply leading the world when there is no competition, the way it used to be. The point is that the power in the world has shifted and we are no longer alone at the top. A number of nations have emerged and taken a portion of our place in the limelight, so we now need to learn to collaborate instead of dictate. We are a valuable leader, but not the leader of everything anymore. Is it arrogance? Ignorance? Or a bit of both?

Historically, the U.S. has been the leader in the world’s economy. As we enter the second decade of the 21st century, that position has changed. We’re not even second or third! According to the 2010-2011 Global Competitiveness Report, the U.S. ranks fourth, behind Switzerland, Sweden and Singapore.

Former Secretary of Commerce Gary Locke, speaking at the Cardinal Health, National Export Initiative Rollout Event in 2010, stated that 95 percent of consumers are going to be outside the United States in 10 years: “With traditional drivers of U.S. economic growth like consumer and business spending facing stiff headwinds, it has never been more important for our companies to increase their sales to the 95 percent of the world’s consumers who live outside the United States.”

In addition to changing players, the game itself is changing with emerging transnational issues such as changing climate; growing demand for energy, food, and water; and an aging population in the developed world. Individually, any one of these emerging issues would change the nature of global business play. Combined, these issues promise to turn the playing field upside down in what could be a historically unprecedented age of prosperity, especially for those who develop solutions for these and other global issues. These solutions will be the foundation for continued global prosperity.

What is our competitive advantage?
We used to have our education system, entrepreneurship, drive and free spirit as our competitive advantage. We still have it. The U.S. is still the place where people from all over the world come to learn in our educational institutions and to copy and perfect our entrepreneurship models, but what cannot be transferred is the spirit of America. The spirit that everything great we did was built on. How about starting with this competitive edge and building on it?

While it is tempting for U.S. businesses of all sizes to focus and dwell on the many overwhelming issues of the day, such as weak economic growth at home, an uncertain credit crisis, a shrinking pool of skill and talent and increased foreign competition, the fact remains, these issues are not within the control of corporate management. Instead, corporate leadership must take one large step back and look into the global marketplace to discover new opportunities and new avenues to generate future growth. While larger corporations have more resources to invest in exploiting these new opportunities, smaller companies are more agile and can more readily adapt to change.

Be fast, flexible, innovative, motivated and enjoy the adventure! It’s a big world out there with lots of potential for the ones with a keen entrepreneurial spirit. The American way!

Mona Pearl is a global strategic business development expert (www.monapearl.com) as well as the founder and COO of Beyond A Strategy, Inc., a company providing expertise to plan and implement cost-effective and sustainable global growth that improves a company’s bottom line and helps realize seamless international operations. She is also the author of Grow Globally: Opportunities for Your Middle-Market Company Around the World, has been quoted as an expert by CNBC, The Globe and Mail, Oracle and Chicago Tribune, among others, and regularly publishes columns on global competitiveness in industry magazines, including Management Today.