The ‘Boys Club’ Needs to Include Girls 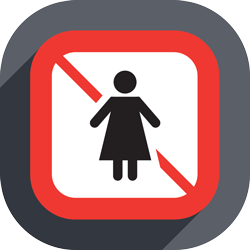 Whether it’s Hollywood movie studios and their paucity of female directors, the tech industry and its alarming exodus of frustrated women, or the stifling male fraternity culture that dominates Wall Street, women continue to be marginalized in the business world.

The vast majority of CEOs responding to a McKinsey survey noted that hiring females is essential to “getting the best brains.” Sounds pretty obvious, doesn’t it? Despite increasing awareness of this issue, meaningful change remains agonizingly slow — less than 20 of the Fortune 500 CEOs are women, and, on average, women earn just 77 cents for every dollar earned by their male counterparts.

Having worked in a variety of industries, I’ve been enormously fortunate to work with many incredibly talented and accomplished women. I’m pleased to name a few:

These women have been exemplary role models for all, but especially for women. Their indefatigable drive, personality, intelligence and adaptability have inspired me and countless others. All of these women welcomed tough assignments and, more importantly, delivered results — often in the face of adversity.

Real leaders commit all available resources to creating a positive organizational climate that has zero tolerance for any discriminatory behavior, whether against women or anyone else. Real leaders require their teams to establish systems and cultures that reward women and men equally, thereby encouraging women to focus on contributing, instead of fighting against out-of-date biases. Real leaders understand that expertise and contributions — not a person’s sex — is what wins the race.

Here are five critical steps leaders need to take to increase the role — and value — of women in their organizations:

Organizations need to realize that leadership requires extra innings. Not all games are decided in nine innings. Excelling in business requires a real team effort and leveraging the talents of everyone involved, regardless of their position within the organization — or their sex.

Eich is a captain in the U.S. Naval Reserve (ret.) and a former chief of public affairs at Blue Shield of California and also at Stanford University Medical Center. He has served on 10 for-profit and nonprofit boards of directors and trustees and has been an adjunct professor at three universities.