How The Joint Chiropractic became the fastest-growing chiropractic franchise

When Peter Holt assumed the mantle of CEO at the Joint Corp. in June 2016, he knew the company had enormous upside potential. “It was clear to me there was an incredible opportunity to build the company’s culture from the ground up,” he says. “My primary responsibility was to improve our relations with our franchise community and at the same time make our portfolio of corporate clinics profitable.” With the strategic endeavors identified, Holt rolled up his sleeves and went to work on a plan to strengthen the public company’s brand in the marketplace.

With a transformative turnaround strategy to reenergize the enterprise, Holt relied on his experience, honed through a track record of success, paired with creativity and passion for the company’s best-in-class offerings to drive rapid and convincing wins. “I began by calling a three-day mission, vision and values meeting and included the entire board, all corporate employees and key franchisees,” he says. The Mission: to improve quality of life through routine and affordable chiropractic care. The Vision: to transform the traditional, often misunderstood concept of routine chiropractic care by making it more convenient, friendly and affordable. And Core Values: respect, trust, integrity, accountability and excellence.

While building the company culture from the ground up, Holt also had to shore up franchisee relations. “The company had been so focused on corporate-owned or -managed clinics, its franchise community stopped feeling the love,” he says. To measure the progress as the company focused on rebuilding those relationships, The Joint team deployed a franchisee satisfaction survey. The results? “It revealed we had a long way to go, so I established benchmarks for going forward,” he says. “The power of franchising is you are forced to listen to your franchisees.”

Holt also had to address Wall Street investors’ uneasiness. “I reached out to the investor community and let them know we would not buy or build any additional corporate clinics until the corporate clinic portfolio was profitable,” he says. The group of corporate clinics was reviewed and a strategy to restore financial strength began whereby underperforming corporate clinics were sold or closed. “I had to make some tough decisions early. I surrounded myself with people who could give me good counsel, and I relied on my own experience to make the best decisions possible.” 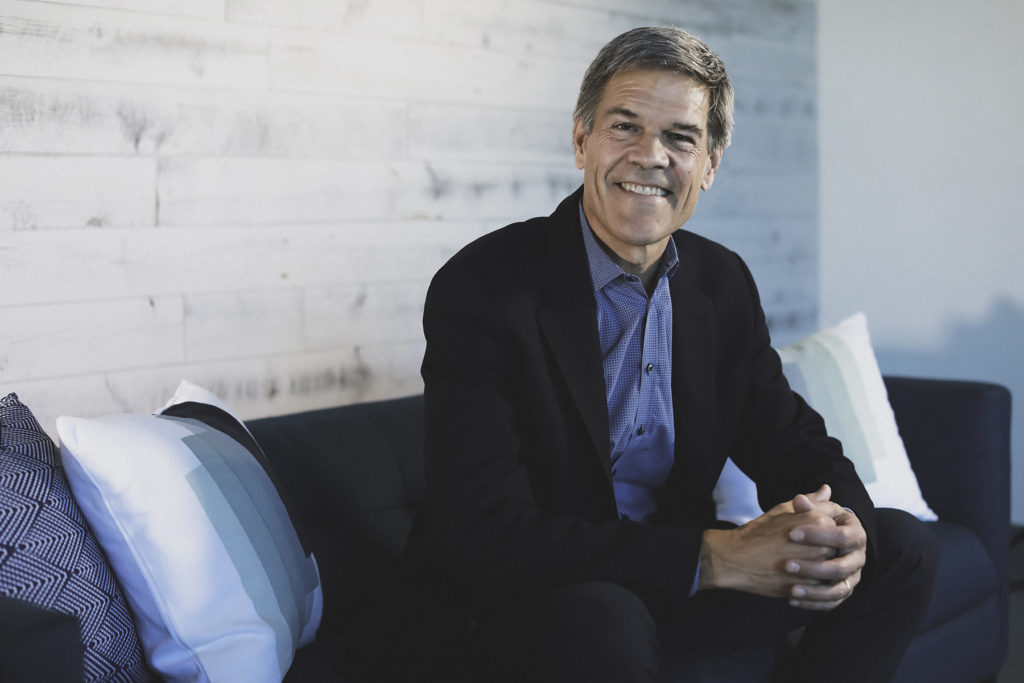 In less than a year, Holt’s plan to engage and invigorate franchisee relationships while achieving overall profitability of the company owned or managed clinics paid huge dividends. Financially, the company reached positive EBITDA (earnings before interest, tax, depreciation and amortization) and experienced a surge of new clinic openings across the country.

The genius behind Holt’s enhancements is an unwavering belief in the franchise model. His career has afforded him the opportunity to experience franchising from multiple perspectives, including franchisee, franchisor, customer, vendor and investor. It’s this holistic view of the franchise business that provided Holt the perspective to propel The Joint Chiropractic’s care proposition. “The exciting thing is building a franchise healthcare model that’s ripe for the time we’re operating in, with chiropractic treatment becoming more accepted as a practice of managing pain,” he says.

With plans of expanding The Joint Chiropractic to a potential 1,700 nationwide locations, Holt isn’t sitting idle. “It’s an aggressive goal,” he says. “My responsibility is to make sure my management team has everything they need to perform at their highest level. By tapping into the collective wisdom of the team, we have a better chance of making the right decisions about the company’s growth.”

Holt’s confident approach emanates from mentors who have influenced his leadership style, as well as a love of reading. “My father imparted in me the value of personal integrity and fighting for what you thought was right. He taught me that if you work together, you can build something of significance,” says Holt. “I was also deeply inspired as I read history, stories of adventure and science fiction — full of smart, effective leaders making decisions and saving the day. I believe that every moment is an opportunity to inspire others, lead by example and do the right thing.”

The Joint Chiropractic has a long runway of growth and financial success ahead, and for Holt, the key to building the premier company in the industry is trusting his team of dedicated professionals. “In my position as CEO, I’ve learned you have to invest time in ensuring others are translating the vision for you,” he says. “As the organization develops, it becomes more about what you accomplish through others rather than any one thing you are doing yourself.”

Holt Builds on a Track Record of Success
Throughout his executive career, Peter Holt’s bold leadership delivered financial and company culture success to dynamic businesses that include Tasti D-Lite LLC, a retailer of lower-fat dairy desserts; Mail Boxes Etc., now The UPS Store, the world’s largest franchisor of retail centers specializing in shipping, business and communications services; and 24Seven Vending, a subsidiary of the New Zealand publicly traded company, VTL Group Limited.Since Holt took the helm of The Joint Chiropractic in 2016 as CEO,