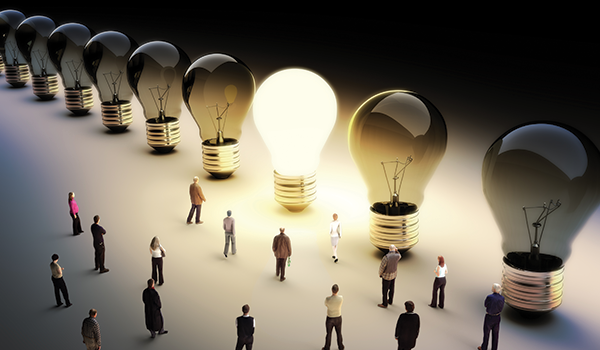 Inspiration and motivation are two completely different concepts, but a majority of managers still make the mistake of interchanging the two. It’s easy to get lost in the semantics, but the difference can be boiled down to one simple observation: motivation can be manufactured, inspiration needs to be instilled.

Money, job security and career advancement are all effective means of motivation, but they’re also solutions that can be delivered on a piece of paper. Salaries can be increased, contracts can be lengthened and staff can be promoted.

Inspiration, however, is a much more organic concept. Inspired employees are not only more engaged, but are more empowered and more productive than their uninspired counterparts. They are more inclined to strive for excellence, most notably because they equate the triumphs of their organization to their own personal success. In other words, employees can be motivated because they are inspired.

Leadership expert and author Simon Sinek has long been known for his theories on how inspiration correlates to proper leadership. His mantra is simple: “People don’t buy what we do, but why we do it.”

Sinek meant his words in the context of customers, but it’s easy to see how his insight can be translated in the context of leadership. When a leader nurtures a working environment that is motivated by inspiration, he fosters a team that isn’t afraid to act. Inspired employees take the initiative to make great work not because their jobs depend on it but because they believe in the importance of what they do. This, in turn, is a far more effective tool than any raise or job promotion.

Inspiring through Purpose and Power

Inspiration is the direct result of instilling power and purpose into one’s employees. One can’t be done without the other.

Purpose is the rationale behind one’s work, but it goes far beyond salary and formal job titles. It is the whats and whys of an organization. Why is what one does so important? Why is it important that one excel at one’s job?

It’s through the combination of both purpose and power that an employee becomes truly inspired. It is leadership without micromanagement; an organization fueled by initiative. When purpose and power come together, employees realize they have the reason and the ability to excel at their job. They are motivated to decide, act and take initiative, not because they have to but because they want to.

Mitchell Levy, CEO and Thought Leader Architect at THiNKaha, works with companies who are active in social media to leverage their IP and unlock the expertise of the employee base to drive more business. He has created and operated 15 firms and partnerships since 1997 and is the author of 18 business books, including the recently released #Creating Thought Leaders tweet (mitchelllevy.com).