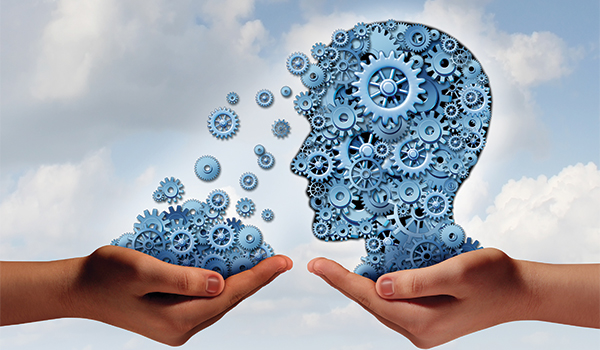 As the CEO of a mobile communications platform in the healthcare sector, Andrew Steele maintains a sharp focus on the rapid growth of his early-stage company, BeckonCall. Like many entrepreneurs, he is hard at work attracting capital, networking and managing a growing team. It’s the nature of the business for CEOs, he says, to have a strong emphasis on aggressively scaling a company in the early stages.

“If you don’t focus, it can be fatal,” says Steele, a self-described “serial entrepreneur” who spent 17 years in Silicon Valley’s tech community before moving to Arizona in 2014 to help grow BeckonCall along with its founder, Jeffrey Becker, D.O. That narrow focus among CEOs is one of the chief reasons Steele calls the Arizona Commerce Authority’s CEO Corner Office a valuable learning experience for executives like himself. Why? It challenges participants to broaden their thinking.

“It reminds you of the value of taking a step back and looking at things through a different lens than your own,” Steele says. “We are all wired differently, and think differently, and approach challenges and problems differently, so I think in that sense it was good to have that variety of perspective.”

Steele and 10 others were members of the inaugural CEO Corner Office cohort last year. The four-month-long program was created by the ACA to develop and engage CEOs of rapidly growing companies. Each session began with a facilitated case-study discussion on topics such as scaling, financial literacy, culture, decision making, leadership and evolving as a CEO. The program features case studies from some of the top business schools in the country.

The first meeting of the CEO Corner Office introduces a case study about a fictional young software company, Maximiser. Members explore the company’s strategic decisions (some good and some not so good), organization structure, culture and its leadership. Participants throughout the eight sessions use case studies to get peer-to-peer feedback from the group and to discuss innovative ways of tackling challenges young companies typically face in the marketplace.

“I like the case study approach — reminds me of business school — and it’s been valuable to hear how other CEOs think and approach the issues put in front of us,” Steele says. “In some ways, it was almost like having a board meeting. You may be a CEO of a company and view things through your own lens, but when you sit down with your board, you naturally get different perspectives.”

BeckonCall is like Uber plus Slack for healthcare providers, and replaces decades-old technology still widely used, such as pagers, fax machines and answering services that add cost, time and mistakes into the care continuum. Just as Uber built a logistics automation platform to connect riders with available drivers through its mobile app, BeckonCall does the same to connect patients and nurses directly with the right on-call physician through its app.

Additionally, it incorporates secure, Slack-like communication capabilities that allow physicians to respond in real time and easily collaborate with their colleagues and care team through the very same app.

The company has more than 60 clients on the platform, which include hospital systems, independent practices and provider groups. The goal? Streamline communications and give physicians more time in their day to practice medicine and see patients.

Being a first-time Arizona CEO — after successfully growing companies in California — Steele was interested in joining the CEO Corner Office to gain an understanding from other CEOs about approaches they took to fund growth and attract capital in the state. “I’m still learning how capital works here in Arizona, but I was particularly interested in hearing from other CEOs the approaches they had taken to fund growth in the early days of their companies,” Steele says.

The program’s “roundtable experience,” as Steele describes it, forces CEOs to view business challenges through different lenses from their own. “What interested me was the chance to be at the table with other people who were in similar positions, and you’d be able to have frank conversations about what’s working and what is not working, and to hear other CEOs talk about the challenges they face and how they dealt with them,” he says.

Over three months, we share the stories of three small businesses and their participation in a CEO development program created by the Arizona Commerce Authority.

Bennett Curry, vice president of business development at the Arizona Commerce Authority, has built businesses, including many familiar consumer brands. His passion to lead and motivate led him into the college classroom, where he taught marketing. His goal is to nurture entrepreneurs.