Join the Race That’s Fueling Financial Education for the Next Generation! 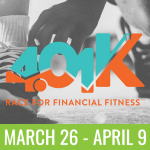 IN-PERSON EVENT: Saturday, April 9th, 2022 Waypoint Office Complex | 1138 N. Alma School Rd. | Mesa, AZ 85201 Registration: 7:30AM | Race start: 9:00AM Financial health is a lot like physical health. We grow stronger when we make it a priority and stay committed to a plan. All it takes is some knowledge and the right training. Now you can support financial literacy END_OF_DOCUMENT_TOKEN_TO_BE_REPLACED 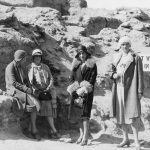 After a successful first year, the Small Business Financial Assistance Program (SBFAP) pilot will continue through 2024, which is the completion of the South Central Extension/Downtown Hub and Northwest Extension Phase II light rail projects. In its first year, the SBFAP granted over $360,000 to 62 businesses impacted by construction. As the program enters its second funding END_OF_DOCUMENT_TOKEN_TO_BE_REPLACED

GradGuard, the nation's leading authority on helping protect college students and their families from the risks of college life is pleased to announce the addition of an epidemic coverage endorsement on new tuition insurance plans. Tuition insurance can provide reimbursement for a complete medical withdrawal due to a covered illness or injury, including mental health END_OF_DOCUMENT_TOKEN_TO_BE_REPLACED

Finding the Right Investments to Make Your Portfolio LGBTQ Friendly 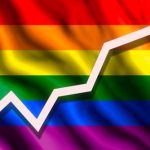 Anyone investing in the stock market hopes to see their portfolio's account balance grow, grow and grow some more. But these days many investors are interested not only in their financial return, but also about the values of the companies they invest in, such as how companies handle LGBTQ issues. For those investors, this raises the question: Is there a way to build an END_OF_DOCUMENT_TOKEN_TO_BE_REPLACED