You are here: Home / In Business / Trish McCarty: Innovating Education
In Business  |  From the Top  |  March 2015 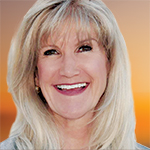 McCarty was inspired to open StarShine Academy in 2002 because she was deeply concerned about the status of K-12 education. In addition, in her former career as a leader in the banking industry, McCarty says she saw too many examples of people who were not raised to have critical thinking skills. “As a concerned mother, I was also concerned about the quality of education that was available to my kids.”

However, in order to give each and every student the best possible educational experience at StarShine Academy that includes individualized learning plans and a rich and varied curriculum, McCarty knew that she had to have more than a passion for her school and a desire to improve the educational system. She also had to meet with as many people as possible from a variety of different realms and industries to get their input on what would make the school successful.

“I didn’t know much about it at first; my ability is to strategically solve big problems. Getting community people together and discussing problems and solutions is part of my ethos, so I conducted numerous think tanks with scientists, local leaders, highly recommended educators, moms and many others, and implemented the results,” McCarty says, adding that to this day she still schedules regular think tanks to determine ways that StarShine Academy can constantly and continuously improve.

“I just try to do what the great companies do, and look at what the problems are and bring in amazing consultants to try to determine what we can make better,” McCarty says.

Researching companies that she feels have an excellent handle on customer service has also been immensely helpful to McCarty. She names Discount Tire in particular as a company she admires and strives to emulate for its commitment to customers.  “I study them all the time because they just have phenomenal customer service, and I feel like since so many of our students are little and can’t tell us what they need, it’s up to us to figure it out.”

Another key to StarShine Academy’s success, McCarty says, is making sure the teachers receive the best possible training on an on-going basis — specifically, focusing on teaching her staff to be effective leaders to their young charges. At least once a week, the teachers go through some type of empowerment training. “In corporations, the leaders will need to go to leadership and empowerment training; that’s just status quo for a corporation. Yet most teachers in other schools just need to take classes on curriculum and testing, which will not show them how to effectively teach a child and how to have a harmonious class.”

Although McCarty believes strongly in StarShine Academy and its mission to provide the ultimate educational experience for each and every student, she has met with her share of criticism along the way. “Anytime you are trying to create an exponential change or a paradigm shift you will meet with resistance. Ten times a day I’m told how great we are and two times a day I hear how awful we are.”

In order to not let the Doubting Thomases get to her, McCarty says she remembers the advice a race car driver once told her: When you are in the fast lane, don’t look in the rearview mirror and don’t look next to you. Just focus on the finish line. “My tactic when dealing with criticism is to just keep going forward and know that we are doing important work.”

• Among the special programs the students take part in is nationally recognized Career Tech Ed Culinary Arts Program through CCAP, which pairs celebrity chefs as mentors with potential chefs in high schools.

• To open the doors to the business and education leaders she hoped would help her bring her idea to reality, “it helps to be married to a Rock star,” says McCarty, who is married to singer/songwriter Steve McCarty, former member of the Steve Miller Band.

StarShine Academy is participating in the $15-million XPRIZE for Global Learning contest, one of the largest-ever STEM (+A arts) projects. Students will be part of a team developing a free mobile app to eliminate global illiteracy by helping people teach themselves how to read, write and do simple math.