‘Spring Training’ Is a Year-Round Business

Economic impact is felt well beyond the ball field 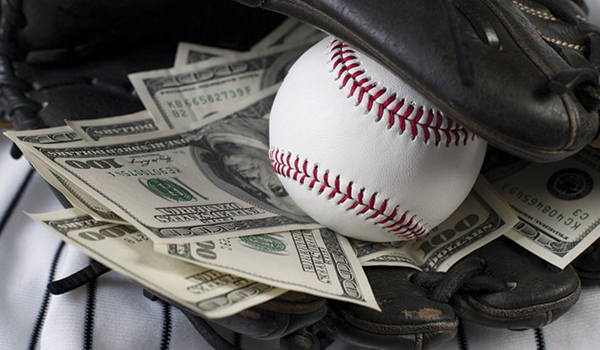 Spring Training calls forth talk of batting averages and RBIs. But there are other figures equally compelling. The revenue impact of Spring Training and Cactus League Baseball Association extends beyond the ballpark box office to — of course — hotels and restaurants, but also to grocery stores, other retail and municipal governments throughout the Valley. Nor is it just a 30-day wonder.

Cactus League brings in approximately $430 million from Spring Training and $220 million from non-Spring Training activity, according Cactus League president Mark Coronado, citing the most recent economic impact studies by FMR Associates and by Elliott D. Pollack & Company. That’s $650 million annually, he points out, comparing it to the approximately $500 million that Final Four or Super Bowl bring in only once every five years. The $650 million is a conservative estimate that counts only new money brought in by out-of-towners — not the money spent by local residents — taking full credit for spending directly related to their Spring Training visit and only 75 percent of what they spend on other activities they do while they’re here. And, as the Pollack report details, the impact is not from just these few weeks of Spring Training; that is only part of the program.

Major League Baseball rents the stadiums in the fall for Arizona Fall League. For many players, this is the step before making it to the “bigs,” and the games have garnered increasing interest from fans who want to catch a look at future seasons’ stars. While Spring Training books up most of February and all of March, Fall League fills the calendar from mid-October to mid-November.

Teams use these facilities throughout the baseball season as well, trying out their drafts and bringing players here during the season for additional training or for rehab training after an injury — not generating tourist dollars but adding their own presence to the local economy as consumers. Significantly, Coronado notes, most of these teams call Arizona their corporate headquarters.

The large number of facilities makes the area a draw also for other tournaments, such as softball and Little League. Hundreds of teams converge here for three weeks of amateur baseball tournaments, generating many thousands of room nights for the local hotels.

Spring Training, itself, is the biggest draw, making February/March the equivalent for many businesses of retail’s “Christmas Season.” “Fans are staying longer and spending more,” Coronado notes. “And when we talk to hoteliers outside of the resort hotels, the months of February and March generate 50 percent of their gross revenues for the year.” But sharing, “Cactus League is striving to become more corporate and politically connected so we can ensure the vitality going forward,” he emphasizes, “Cactus League and the facilities comprise a 12-month calendar.”