You are here: Home / In Business / Shawn Linam: Challenging the Odds in Aerospace
In Business  |  From the Top  |  April 2017 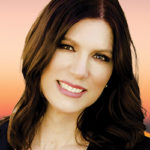 Shawn Linam started her career training astronauts to use the robotic arm on the Space Shuttle. In 2001, she co-founded Qwaltec, a satellite operations and mission readiness firm, which she doubled in size in two years. Headquartered in Tempe, Qwaltec has an office in Maryland as well as employees in California, Colorado and New Mexico. It has subcontracted on projects with the heavy-hitters of aerospace, including Lockheed Martin, Orbital ATK, General Dynamics and NASA. Last October, her company landed a $19 million defense contract with the Navy.

But it wasn’t an easy journey to the C-suite for Linam, who struggled with the same self-confidence issues that typically drive women away from careers in the science, technology, engineering and math (STEM) fields. In fact, just getting a job in these male-dominated fields isn’t even half the battle; more than a third of young women drop out of STEM courses due to a lack of confidence and nearly half of the remaining women will eventually leave a career in their field of study, according to University of Missouri and Wisconsin studies, respectively.

“I don’t know that there was a specific moment I learned to be ‘confident,’” Linam says. “It was a series of moments and is still a work in progress.”

Owning a company was her biggest leap of faith. However, turning that company into a business required clients — and closing a deal was something outside of Linam’s comfort zone. “I felt like my knowledge and communication were not effective when meeting with a potential customer and that one mistake would cost me the sale,” she recalls. “I started observing and listening closely to men whom I considered good at the sales and marketing. When I paid close attention to their sales pitches, I realized I was every bit as knowledgeable and competent as they were and that it was the relationship, not necessarily being a walking Wikipedia, that mattered.”

Linam’s confidence paid off. Within the first six months of Qwaltec, it received four contracts. There was enough work to keep the founders afloat while bringing on additional employees, which has grown to number 40.

In building her workforce, she has been open to learning from her employees in creating a company culture in an industry that takes itself very seriously. A case in point is the ongoing Ping Pong tournament at Qwaltec headquarters, complete with a golden Ping Pong trophy passed around as those with the best paddle-work make their way through the brackets. Admitting she was initially against having a Ping Pong table, she says she now sees it as one of the best things in the office.

In addition to running a rapidly growing space systems operations company, the Qwaltec CEO volunteers to inspire young girls to do the same as the STEM Director of the Girls Rule Foundation. Linam brings to the effort the experience of her life-long series of confrontations with self-confidence.

As a teenager, she found teachers generally unsupportive. It was her father who made the seventh grader stay up at night to go over variables and parabolas, until a light bulb went off. Since then, she has powered through moments of doubt and has come to firmly believe it is important to “consciously seek out women and men who tell you, ‘You can do it’ and avoid those who tell you, ‘You can’t.’”

Linam confronted other “weaknesses” while attending Mississippi State University, such as getting faint at the sight of blood while considering a run at medical school. She ultimately found that biomedical engineering clicked. However, she still put up a masculine façade to fit in with her male counterparts.

“It was when I joined NASA that I realized I didn’t need to check my femininity at the door,” Linam says. “I’m a believer that anyone can do anything. Some just have it easier than others. Girls need that message that they can do it. Self-esteem is so important.”

Passionate about her industry, she likes to share a statement from President Barack Obama’s speech at the White House Science Fair in 2015: “[Science] is more than a school subject or the periodic table or the properties of waves. It is an approach to the world, a critical way to understand and explore and engage with the world, and then have the capacity to change that world.”

As the STEM director for Girls Rule Foundation — a Phoenix-based nonprofit providing empowerment, leadership and educational workshops and programs — Linam works to inspire girls in grades 7 to 12. “I feel empowered while empowering these girls,” she says. “I want them to know how to find that well of self-confidence, even when the odds seem to be against you.”