You are here: Home / In Business / Sandra Watson: Guiding the ACA to Build Business
In Business  |  From the Top  |  February 2013 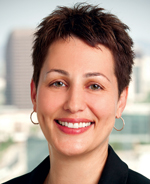 Sandra Watson may have only recently been tapped as president and CEO of the Arizona Commerce Authority in October, but she hardly needs an introduction to those in the business industry. After all, she was the agency’s interim chief for several months last year and has served the organization — in its current incarnation and its earlier one as the Arizona Department of Commerce — in a wide range of capacities, including COO, for 16 years. Although her role has changed, however, Watson notes her mission remains that of the ACA’s: to grow and strengthen Arizona’s economy and facilitate the creation of quality jobs. “I truly look forward to leading efforts to encourage and support innovative entrepreneurs, assist Arizona-based businesses to expand, and aggressively market Arizona in the global marketplace as the best possible place to do business,” she says.

In fact, Watson says if other business leaders can learn anything from her, it’s “the importance of focus.” She’s exhibited that by seeing to it that everything done within the organization “must point directly to the achievement of that mission and our clearly defined goals.” And, though she considers herself a hands-on, pro-active, collaborative leader, she says she has faith and confidence in her colleagues “to execute in a big way.”

While the Grand Canyon State is now home, Watson began her career in economic development in Canada, where she worked at the Ministry of Industry, Trade and Technology and developed a passion for promoting business growth. When her husband was transferred from North Bay, Ontario, to Chandler in 1992, she continued in economic development, adding Chandler to her client list. By spring of 1996, she was with the Arizona Department of Commerce, now the ACA, and took on positions concentrating on business development, business attraction and marketing. Later, working with Gov. Jan Brewer, the state’s elected leaders and former ACA president and CEO Don Cardon, she helped facilitate the Department of Commerce’s transition to the ACA, which she describes as “a labor of love.”

“I have been part of an incredibly talented, visionary leadership team that has helped create an organization that essentially puts Arizona ‘on the map,’ ” Watson says. “We are achieving sustainable business success in ways this state has never seen. That’s something every citizen can be proud of, and it’s certainly one of my most crowning achievements.”

Noting that one of the pillars of successful economic development is “growing our own” by supporting and encouraging a startup community, Watson says she’s proud of her Department of Commerce days when she worked with policy makers and business leaders to encourage the state to focus on startup innovation and technology. As a result of that collective effort, Watson says Arizona developed programs that accelerate business growth and creation like the Angel Investment tax credit, the AZ Fast Grant, the Arizona Innovation Accelerator Fund and the Arizona Innovation Challenge. “I am proud to say that Arizona’s focus on innovation is now known across the country,” she says, adding, “The Kauffman Foundation ranks Arizona the No. 1 state for entrepreneurial activity.”

Next up, according to Watson, she and the ACA will spearhead a statewide, multi-media marketing and branding campaign, “Arizona Know-how.” Even though Arizona is an epicenter for next-generation research and development, cutting-edge technology and significant industry advancements, she says many folks aren’t aware of the state’s assets. And she plans to change that. “We are home to greatness, and we are going to tell that story of greatness to our citizens, to the rest of the country and to the rest of the world,” she says. “This campaign will get people talking. It will move the needle for Arizona.”

Sandra Watson at the Helm