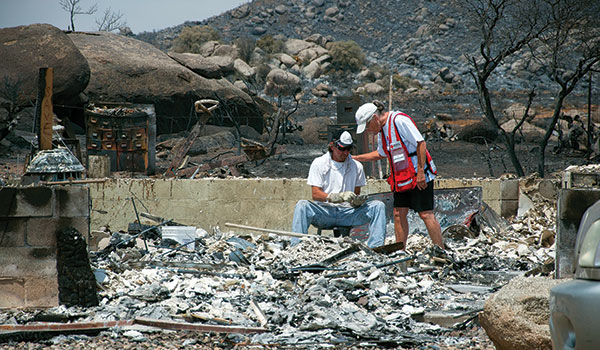 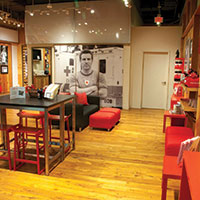 Through the Hope Store, a seasonal project, people may support some aspect of the Red Cross’s work as part of their holiday gift-giving.

Tragedies and disasters like the summer’s devastating Yarnell Hill Fire tend to put the American Red Cross right up front in people’s awareness, but how is the organization able to be Johnny-on-the-spot like that?

“The only way we can respond that quickly is to have resources ready to go at a moment’s notice,” says Juliet Martin, corporate relations manager. And the best way to make sure the organization has the appropriate items is, usually, to buy them itself. “Money is the most beneficial [donation]. It allows us to buy exactly what we need at the location or community,” she says, explaining, “If people drop off home-made food, the health department won’t let us take that. And if someone donates just one of something (like a refrigerator), who do we give it to and who do we decide does not get it?” Additionally, the sorting that would be needed to process a lot of miscellaneous items would require considerable man-hours.

Very helpful are businesses that can respond quickly with needed supplies, Martin says — such as Fry’s Food Stores bringing a refrigerator truck of ice to Prescott when the memorial service for the Yarnell Hill firefighters was expected to draw 30,000 people who would be standing out in the heat. “We had 10,000 bottles of water, but no ice,” she says. “It’s great to have partners ready, because we don’t know ahead of time what we will need.”

The Prescott memorial service also brought out 500 Red Cross volunteers, and volunteers, says interim regional CEO Randy Weddle, are critical to the organization being able to provide its services. They include people in operations as well as front-line responders “who will respond to a house fire at two in the morning.” Saying, “We are never without the need for more volunteers,” Weddle notes they make up 95 percent of the organization’s work force, to which the career paid staff provide technical expertise and the element of continuity.

For businesses looking for ways to engage their employees, Martin works with them to develop the kind of program that suits their goals. With Wells Fargo, she set up a project to build “comfort kits” of necessary toiletry items to give victims displaced by a disaster. She also helps companies set up third-party fundraisers, such as a restaurant donating a percentage of sales or a business office calendaring a date to allow employees to wear casual dress if they pay a few dollars for the privilege. “We can provide information about the disaster [they choose to help] and how we’re responding and the number of people helped, so people know how their help is making a difference.”

Companies with 1,500 to 2,000 employees that want to create an employee giving campaign can be set up with their own micro-site on which customers and employees can make a donation directly to the Red Cross. These can be established for general disaster relief or a specific purpose. This makes it easy for businesses that will match employee donations, either in total or per employee, Martin says. Either the business can use the site to keep track of donations or she will keep track and send an invoice for the agreed-upon amount.

While its disaster program — preparedness, response, relief and recovery — may be the best-known of its activities, Weddle believes the Red Cross’s international obligations are among its most significant services. In addition to training the non-military community regarding the Geneva Convention, it provides tracing services to help families locate loved ones in times of conflict and then creates avenues to reunify them.