You are here: Home / In Business / Phoenix is Magnet for Foreign Direct Investment
In Business  |  Feature  |  March 2013 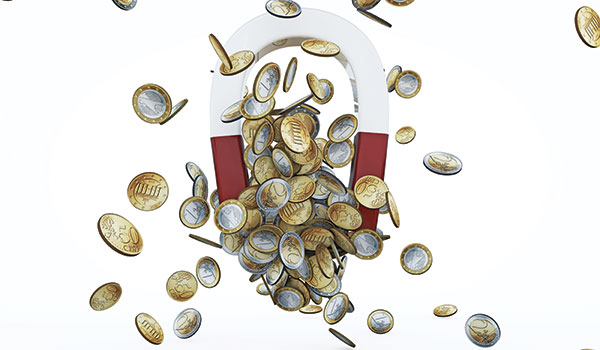 Foreign direct investment appears to be the catalyst stimulating Arizona growth, and right now, eyes are on Phoenix as one of the nation’s hot markets. “Direct foreign investment in Arizona is high on the priority list of all of Arizona’s economic development organizations such as the Arizona Commerce Authority, GPEC, etc.,” says Ed Zito, president of Alliance Bank of Arizona. “The Canada Arizona BusinessCouncil has pursued an excellent initiative promoting cross-border B2B investments. Furthermore, foreign capital investment is critical to Arizona’s capital formation and global business retention, attraction, and expansion.”

While the biggest players in Arizona appear to be the Canadians and Chinese, other areas of the globe are also represented. “German companies support 5,800 Arizona jobs and own approximately $1.7 billion in Arizona assets — including over $500 million in Arizona real estate,” says Jeff Shumway, CEO of Scottsdale-based Frontier Applied Sciences, Inc., which develops technologies to convert fossil fuels to cleaner energy, and exports to Germany. Greg Wing reports that his company, Green Card Fund, helped locate funding for a charter school, Odyssey Preparatory Academy, to be built in Casa Grande; its investors are comprised of six Chinese, one Australian, one Nigerian and one Russian. Another Green Card Fund project is the Green Valley Medical Center, which required 104 foreign investors to raise $52 million.

Wing’s company works with EB-5 investors, a designation that refers to the Immigrant Investor Program, which was first established by the Immigration Act of 1990. The program allows a foreigner to obtain a green card if investing at least $500,000 in “targeted employment areas” of unemployment and providing at least 10 jobs for U.S. workers. Noting that 80 percent of the EB-5 money comes from China, Wing explains, “Most foreign investors feel more comfortable putting money into places that they know.” Two hundred thousand Asians have a community in Phoenix, and that makes Phoenix attractive to Asian investors, he says.

Zito notes, “At Alliance, the largest locally headquartered bank in Arizona, we are witnessing — and involved in — numerous deals and relationships in which foreign capital is involved. This ‘deal flow,’ both commercial and industrial — as well as commercial real estate — has been increasing as the Arizona economy regains strength!”

Canadian Glenn Williamson, CEO of Nest Ventures, L.L.C., sees Canada as a major influence on Arizona. He says the company’s initial goal was to increase bilateral trade between Canada and Arizona, from $2.5 billion to $5 billion, but that foreign direct investment became a second goal that evolved from the first. “We started watching and working with all our capital banks and connections, to help facilitate introductions to the Canadian capital markets, for Arizona,” says Williamson. This is crucial to Arizona, which, he says, “cannot continue to grow organically, and is always seeking outside investment.”

It appears that what attracts foreign direct investment to Arizona is opportunity — the fact that companies and real estate here are available for purchase and the economy is seen as one that will grow. “Seventy-five to eighty percent of everything that Canada sells is sold to the U.S. So money goes from the U.S. to Canada, natural resources are purchased, then Canada comes back in again. It’s a wonderful eco-system,” says Williamson.

Noting that Nest Ventures studies real estate trends, Williamson reports that, in 2011, Canadians with a minimum of 25 years employment ahead of them purchased 11,400 homes in Arizona. But the realnumbers come from foreign direct investment. “I’m chairman of a multi-billion-dollar power company called Epcor, out of Edmonton, Alberta. We came to Arizona and bought a water company for $500 million, and now we’re the largest private water supplier in the State of Arizona,” says Williamson. Canadian purchases of Arizona banks are prevalent. “The Bank of Montreal bought M&I Bank for $4.9 billion. We don’t have the money in the U.S. to pay for infrastructure, but the public-private partnership law in Canada allows Canadian companies to privatize Arizona banks and help put the infrastructure in place.” Williamson’s company and others like it expend billions of dollars knowing it will work its way up in 10 to 20 years. According to Williamson, TransCanada Pipelines, Ltd. built a half-billion-dollar plant in Arizona for a peaking facility (such facilities generate power only during peak or high-demand times) for APS, and they manage it. And Montreal’s Couche-Tard owns and manages the Circle Ks in the Phoenix area.

Attorney Don Miner, of Fennemore Craig, works in business, creditors’ rights and real estate. He cites several aspects of the Phoenix real estate market that “make it an attractive investment opportunity”: the combination of low interest rates and deflation of the Phoenix economy that resulted in lower prices, and the anticipation that Phoenix is expected to continue to have substantial gains in real estate over time.

Miner represents several foreign investment groups, and has seen much Asian investment in the purchase of vacant land for development as well as distressed shopping centers for re-development into warehouses and offices. They’ve also invested in regional shopping centers. Miner hasn’t seen Asian investors particularly motivated to attract foreign clientele, but merely to establish their businesses in highly trafficked areas. And he notes this all creates employment for Phoenix locals.

Chad Tiedeman is a commercial investment broker at Phoenix Commercial Advisors, which represents 75 national, high-profile retailers in Arizona such as Bed Bath & Beyond, Starbucks and TJ Maxx. “The Canadians have a positive effect on sales at a micro level in Arizona. But from an investment perspective, they impact the dynamics as well,” Tiedeman says. “These investors can afford to pay more money for expensive commercial properties here because they’ve already seen a positive return.” Naturally, the communities in Phoenix benefit as well — as does the overall value of real estate in surrounding areas. And, of course, the overall local economy is jumpstarted, which is no small thing.

Tiedeman does see a possible downside, however, when local prospective buyers are pushed aside by the more liquid foreign investors. But Tiedeman says, “New-home builders either won’t sell to investors, or limit the number of homes they will sell them.” This regulatory method protects builders from maintaining vacant investment developments, and has the secondary effect of protecting local prospective buyers.

Doug Bruhnke is president and CEO of Scottsdale-based Growth Nation, which works with local companies and foreign investors in business development and financing, with the goal to help businesses grow globally. He observes that there is a part of the local population which fears they will be pushed out by foreign investment in Phoenix, but says the majority “look at foreign investment [as something] that creates higher-paying jobs [and opportunity]. China, investing in the U.S., has a big stake in the U.S. outcome and wants to see the U.S. succeed. It’s a really great idea to have foreigners invest in the U.S.”

It may even be a catalyst for domestic improvement. Bruhnke offers Japan and the automotive industry as an example. Bruhnke’s been involved with the U.S. automotive industry for the past 25 years and hasn’t seen domestic companies as strong as they are now. He believes this is due to Japanese foreign investors that taught by example and enabled America’s strength in the industry. He anticipates Asian foreign investment in software and mobile technology will continue to strengthen in the Phoenix area in 2013.