Perseverance: How Sweet It Is

How James May built a business on stevia 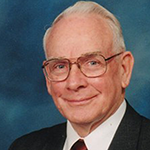 How do you get from selling a sweet herb called stevia out of your garage to being head of the leading U.S. manufacturer of stevia products? In a word: perseverance.

James May, founder and president of Wisdom Natural Brands, maker of SweetLeaf Sweetener®, recalls being introduced to stevia, a naturally sweet herb from Paraguay, in 1982. He says a friend of a friend who had served in the Peace Corps in the South American country had a baggie full of green stevia leaves with him and asked May to give one a try. “I thought, ‘I’m not putting anything from Paraguay in my mouth,’” he says, laughing. “But they coaxed me to try it, and boy, it was sweet. And the longer I held it in my mouth, the sweeter it got.”

The experience piqued his interest in stevia. May, who had served as the Arizona Kidney Foundation’s first executive director as well as director of the Artificial Organs and Transplant Program at Good Samaritan Hospital in Phoenix during a 20-plus-year career as an executive in the healthcare industry, began researching the plant. The vast amount of information he found included research that showed both the herb’s medicinal properties and its potential as a safe and natural alternative to traditional table sugar.

That same year, May traveled to Paraguay to import stevia to the U.S. He also checked in with the United States Food and Drug Administration to make sure he was cleared to market the herb. “I went to the FDA office and I showed what had, which was leaves and a tea, and I asked, ‘What do I have to do to market this in the United States?’ — and I was told it would be OK and that it’s perfectly safe. So I started bringing in and marketing stevia, shipping it out of the garage, and trying to promote my new product.” He sold the stevia both as an extract and in a tea.

Although the FDA had initially been supportive of his quest, May soon learned — from an FDA employee who told him off the record — that the agency was being pressured from other artificial sweetener companies, one of which was on a mission to get Aspartame approved for public use. When the FDA did, in fact, reverse its approval of stevia, banning it from being imported into the U.S., May spoke with officials at the FDA and was given clearance to continue to sell his stevia tea. He later developed and sold skin care products with stevia.

Working with a scientist from South America, May perfected his method of processing, extracting the naturally sweet flavor from the leaves using only cool, pure water. But even letters from Arizona senators John McCain and Jon Kyl did not sway the FDA’s position on the sweetener. Then, in 1994, Congress approved the Dietary Supplement Health & Education Act (DSHEA), which defined dietary supplements as vitamins, minerals, amino acids, herbs, and botanical extracts and derivatives. But there was still another hurdle to overcome.

“The FDA finally said, ‘Yes, you can sell stevia, but you can’t inform them it tastes sweet. And you can’t say it improves the taste of food and beverage,’” May relates. “I thought, ‘How am I going to sell a product if I’m not allowed to say how it tastes or tell people what it’s like?’” His solution was the brand name SweetLeaf, which he coined in 1994. “I had an FDA agent actually tell me it was brilliant, that I was able to inform the public what it did without saying it. And I began selling it as a dietary supplement.”

By 2007, May says his company controlled 80 percent of the stevia market, and his products were doing well in the natural product portion of many stores. However, because stevia was classified as a dietary supplement, SweetLeaf could not be on the shelves with the sweeteners or labeled as such. That changed in 2008, when two independent groups of scientists gave stevia “Generally Recognized as Safe” (GRAS) status, allowing SweetLeaf products to be labeled as sweeteners and described as tasting sweet.

Since then, some stores have placed SweetLeaf with the sweeteners. Others, May says, don’t want to move the SweetLeaf products from the natural products section, because customers expect to find them there. “So I’m still fighting that battle. It still takes perseverance.” But he feels he has taste and tenacity on his side. “I’ve battled multi-billion[-dollar] companies and I’m doing fine.”

Stevia and James May: The sweet story of success