You are here: Home / In Business / Patterson and Clifford: Clear Vision for Clear Title Agency
In Business  |  From the Top  |  November 2017 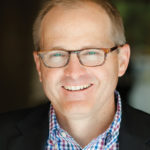 Clear Title Agency of Arizona, an industry leader in commercial and residential title and escrow services, continues fast-paced growth in its 10th year of operation.

Bart Patterson, chief executive officer of Clear Title Agency of Arizona, started the title company with great confidence, experience and knowledge riding on the heels of two previous successful business ventures. He learned the fundamentals of building a business working for a technology startup company in the 1990s.

When Patterson was first considering the industry in 2000 and researching title and escrow companies, his father suggested he meet with a former Valley title company owner, industry leader and veteran Bud Clifford. Through a relationship with a mutual mentor, Bob Rummage, Patterson also started a friendship with Bud’s son, Jim Clifford. Having spent his entire career in the title industry working with his father, Jim Clifford and life-long colleague Nick Velimirovich were managing a title company at the time that was ranked as one of the top in the Valley. Little did the two men know their friendship with Patterson would evolve into a business partnership 11 years later. 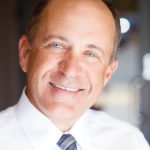 In 2011, the timing for joining Clear Title couldn’t have been better, according to Clifford. “It was the time when the business drivers were shifting back to the real estate agents, so it allowed us to bring some relationships to the table.” In less than five years, Clear Title experienced unprecedented growth and attributes its success to the people who work for it, the customers whose expectations they strive to exceed, and the community that gives them the opportunity to thrive.

Today, Clear Title has eight offices Valley-wide and a team of more than 75 people. The driving force behind the 10 years of growth is a company culture focused on people and building long-term customer relationships by providing the highest level of service and market expertise, on a truly personal level.

“The growth that we are experiencing is a product of the team effort and value we place on providing excellent service for our clients and simply doing what we say we will do,” says Patterson. “Our team contributes daily to building a culture where excellence is not the exception but the norm. Because of that continued focus on excellence, our growth continues to outpace our competition and the market. This year alone we have grown at 4.5 times that of the market.”

The team aligns to a set of 10 core principles they commonly refer to as “the ten commitments,” and uses these commitments to create a chemistry that drives success. Daily, one can hear the Clear Title team use the guidelines of transparency, respect, accountability, family, trust, communication and excellence while discussing routine tasks. “While these values are pretty simple, we believe it is these values that bring genuine quality and depth to the organization,” says Clifford, president of the company.

Clear Title has uniquely embraced the reality that its people own the client relationships that drive revenue and success for the company. It has used this model to grow significantly each year since its inception in 2007. That’s not an easy feat considering that in 2007 many other title companies were scrambling to stay afloat during the start of an economic recession.

The company is also passionate about giving back to the community and supports many local efforts. “As our company grows, we have made it a point to also focus on our community,” Patterson says. “The ability to make a significant impact and partner with charitable organizations is something that our team is passionate about and is a big part of company culture.”

Clear Title’s philanthropic endeavors include raising money for the Boys & Girls Clubs of the East Valley, Child Crisis Centers and the Maricopa Health Foundation, which benefits the programs of the Maricopa Integrated Health System (MIHS). Additionally, the company has given more than 500 hours and $75,000 to local charities in its 10-year history.