You are here: Home / In Business / Pamela Griffin: Moving Court Reporting to a Wider World of Business
In Business  |  From the Top  |  February 2019 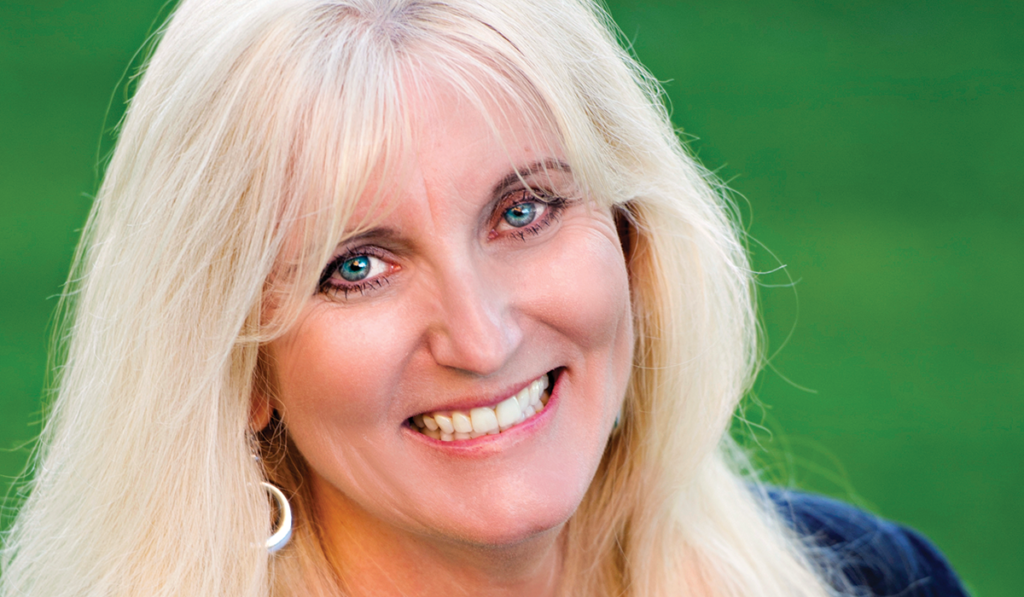 As any business owner knows, it is easy to get stuck in the day-to-day grind of delivering an established menu of goods or services to clients who have come to expect them.

But standing firm with the status quo can be a slippery slope and a surefire way toward decline for any entrepreneur. Need proof? You can make a call on your smartphone without a switchboard operator, and if you need a gallon of milk, you can head to the supermarket instead of waiting for the milkman.

Being on the lookout for emerging trends, untapped opportunities and the proverbial open doors is critical to ensuring long-term success and prosperity. This was Pamela Griffin’s thinking as she turned her Phoenix-based court reporting firm into a high-tech leader of all things reporting and event captioning.

When Griffin formed Griffin & Associates in 1987, it started as a small court reporting firm that operated out of a living room for the first six months of its existence. Over the past three decades, she has evolved it into the state’s largest court reporting firm. But with court reporting in a decline — counting fewer than 12,000 reporters nationwide — Griffin realized the firm may become a relic if it didn’t keep pace.

“Where some would see a struggling industry, we challenged ourselves to look at continuing to thrive in this rapidly changing world,” Griffin says. “We needed to find waves to ride into the future or be left behind.”

As someone who likes to push the limits, Griffin analyzed trends and calculated how to take advantage of them to position the firm for the future. Although some in her position might have seen technology as a threat to the business, Griffin’s keen eye saw it as an incredible opportunity.

“Being in the communications field, we looked at areas of our industry that were thriving. Captioning with a live video stream was at the top of the heap,” says Griffin, noting businesses could reach greater numbers and broader audiences by overlaying any video content they were using with captioning. “Captioning isn’t exclusively a tool for the Deaf and Hard of Hearing anymore,” said Griffin. “It can bridge language barriers, bring live and recorded events to remote audiences, and provide written content when listening to audio isn’t feasible.”

Ready for naysayers who argue that artificial intelligence can caption, Griffin asserts that nothing can take the place of a human being. “Artificial intelligence isn’t in a place yet that can handle captioning accurately, but we are,” said Griffin. “We have reasoning, understand tone and inflection, and can capture the sentiment that a computer cannot.”

Taking a risk, Griffin and her daughter Danielle soft launched their new captioning division in early 2018.

Griffin’s gamble — albeit one with much research and strategic planning — has been seeing great success. Most recently, Griffin’s team provided captioning services for an event in four different languages that was simulcast to audiences abroad. She also invested in technology that allows captioning any event in the world remotely and then broadcasting a captioned version to anywhere on the planet, all in relative seconds.

“Instead of draining budgets to recreate videos and events, we’ve positioned ourselves as being able to quickly and easily help firms take their existing assets and make them relevant across the board, whether here in the U.S. or abroad, and that’s proving invaluable,” Griffin says.

This newfound success drove Griffin to think bigger about her firm. Its capacity, capability, and reach were becoming limitless. Where others might — legitimately — worry about losing name equity, she challenged leadership to rebrand in a way that’s truer to what the firm was becoming. In December, Griffin & Associates became Griffin Group International.

As captioning projects have increased, one unexpected problem Griffin faced was recruiting more captioners and those who could deliver quality services in myriad languages. By searching worldwide, she has recruited 50 percent more professionals to her roster to handle the demand over the past year. This year, she predicts double-digit percentage increases in captioning and bringing on more captioners to service a range of different languages.

Griffin’s gritty determination to see her company into its fourth decade has turned her into a trailblazer for her industry. She’s also a poignant reminder that leaders need to be constantly refining and reinventing to stay in demand and relevant in an evolving world.

[Worthy of Note: To become a Certified Realtime Captioner (CRC), candidates must transcribe at 180 words per minute of literary material with 96 percent accuracy.]