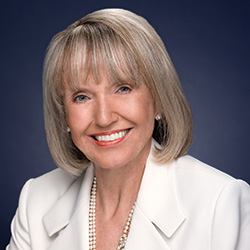 As we embark on Arizona’s next century, I am constantly reminded of our beautiful state’s promise. My optimism is rooted in the people of Arizona — its workers, entrepreneurs and business owners who make up our vibrant economy.

Arizona has always been the land of opportunity, and I’m confident it will remain so in our next century. This is a place where — with hard work, dedication and perseverance — anyone can achieve his or her dream. Our history is filled with these success stories, from the early settlers who raised cattle or cotton to today’s entrepreneurs building a business with nothing more than an idea — and a website, of course.

As a state government, we can’t make a new business venture take root. But we can provide the fertile ground it requires by ensuring that our regulations are not too heavy-handed, that taxes are reasonable and our schools and higher-education institutions produce an educated, trained work force. In short, state government can help set the stage for economic success. Over the last century, the people of Arizona have proved plenty capable of doing the rest for themselves.

In this issue of In Business Magazine, Brett Maxwell uncovers the incredible advances and unique opportunities that Arizona has to move quickly and prosperously into the next 100 years. He speaks with key leaders of Arizona industry and looks at the sectors of business that will catapult us into this important next century for Arizona’s economy. Arizona’s business environment in the next century will be very different from the last, and the insights of local business leaders paint the picture of what we can expect in the coming years.

Sue Kern-Fleischer complements this view of the future with an article on some of today’s leading businesses that have helped build our economy. Intel, TGen and APS contribute their histories as important players who have helped to create the Arizona we know today.

Solar energy, a subject frequently in the headlines, continues to broaden its impact on Arizona’s economy. Robrt Pela follows the growth of the industry, including a look at incentives that will help further development in this sector. Also in this issue, Alison Stanton focuses on the vulnerability of small businesses to computer hacking via the Internet, and explores how they can use technology to identify risks, counter hacking and protect themselves. Our leadership article offers suggestions from Michael Feuer, founder of office-supply retail giant OfficeMax, on the ways in which a company can innovate by encouraging input from its employees.

This is an important time for us as Arizonans, and a great time to celebrate everything that is unique to our state. Happy Birthday, Arizona — here’s to another prosperous century.

Governor Jan Brewer has served the people of Arizona for nearly three decades. Her path of public service has taken her from the Maricopa County Board of Supervisors to the Arizona Legislature, the Secretary of State’s office and, ultimately, the Governorship. Through it all, she has been guided by a personal motto to do the right things, make the tough decisions and leave her place in life a little better than she found it. Governor Brewer’s term expires in early 2015.