No Legal Risk with Office Gambling? Don’t Bet on It 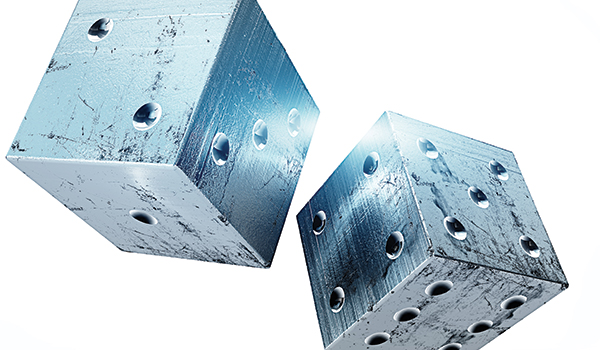 If part of your office culture includes friendly wagers for Fantasy Football, the Super Bowl, March Madness and Lottery office pools, you might want to quit while you’re ahead and put the kibosh on any gambling activities. That’s because, even though it is widely accepted and popular among employees, any wagering involving money and bets could run afoul of state law and open up other legal issues for your firm.

“The effects of workplace gambling can include lost time; lost productivity; and theft, fraud and embezzlement,” says Steve Biddle, shareholder of the Phoenix location of Littler, the largest global employment and labor law practice. “Workplace gambling, even if not sponsored or operated by the company, creates several legal risks. Although law enforcement is typically not too interested in an office betting pool, there have been situations when it has snowballed.” He cites a case in 2002, where a manager in New Jersey was arrested and faced up to five years in prison for allegedly taking a 10-percent cut, about $3,000, from an office football pool. Managers and employees used the company’s email to discuss the pool, until an unhappy employee contacted police. “So, while it is unlikely employees will be arrested for participating in most office pools, it may not be a good idea for companies to condone activity that might break the law,” he says.

In Arizona, gambling and “promoting gambling” are considered crimes. However, “social gambling,” that likely covers most office pools, is exempted from these laws. Social gambling is defined as “gambling that is not conducted as a business and that involves players who compete on equal terms with each other in a gamble” so long as no player receives any benefit other than the player’s winnings from the gamble.

But social gambling at the office can lead to bigger problems, says Stephanie Fierro, senior counselor with Scottsdale-based Frutkin Law Firm. “Some people may argue that social gambling at the office creates a collegial environment, but it can increase the risk of employment discrimination claims and claims of favoritism.” Examples would be if a league in the office was divided by gender, or if some employees were excluded from participating. Another example would be if a supervisor and subordinate were in the same league. “Favoritism can lead to a larger case of discrimination, where the office pool is just one of many claims that establish a pattern of discriminatory conduct,” she says, adding that employee policies regarding gambling should be clear and that the reward should be bragging rights or other non-monetary reward. “These activities may seem benign, but if you have someone who cries foul, you need to be out in front of it,” she says.

And then there is the issue of employees who have gambling addictions. “There have been some cases where employees have sued their employer because they lost money in an employer-approved office pool, claiming the pool triggered or caused them to have a relapse of a gambling addiction. While it is unlikely such a claim would be successful, it still could force the company to defend a costly lawsuit,” Biddle says. The National Council on Problem Gambling estimates that two million American adults are pathological gamblers and another four to eight million qualify as “problem gamblers.” Given the expanded definition of “disability” under the Americans with Disabilities Act, those numbers could make employers wonder if gambling addiction could be considered a disability. “The short answer is no,” Biddle says. “Congress expressly excluded compulsive gambling from the ADA’s definition of a disability.”

Here in Arizona, when employees bring their gambling problems into the workplace, Biddle observes, “The issues that arise can affect the workplace and lead to productivity, attendance and other problems the company will have to deal with through its disciplinary process.”

Biddle suggests implementing policies to control and reduce the legal risks inherent in workplace gambling. The company may decide to allow exceptions for office-sanctioned pools, raffles, friendly wagers or fundraising events supporting a charitable cause, but he suggests that employees be required to consult with Human Resources prior to engaging in any “social gambling” activity at work. “This type of policy statement could help protect the company from legal liability when an office-related gambling activity goes bad, and employers should be prepared to discipline employees for unauthorized office gambling,” he says. Whether discipline to the level of discharge is appropriate will depend on the facts, and may be the unusual case instead of the norm.

Steve Biddle is a shareholder in Littler’s Phoenix office. He has successfully defended public- and private-sector employers in employment-related litigation and regularly advises companies in all legal and human resources matters, including discrimination and harassment; OSHA; labor management relations; wage and hour; and hiring, performance management and termination.

Stephanie Fierro is senior counsel attorney with the Frutkin Law Firm. Her practice focuses on general counsel business law and estate planning. She brings the firm a wide range of experience and interests, including all aspects of corporate transactional work, estate planning and tax representation. Fierro has experience in business litigation and alternative dispute resolution inherent in any general counsel practice.