You are here: Home / In Business / Molly Stockley
In Business  |  Online  | 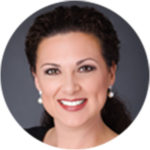 Molly Stockley is the vice president of Hospital Growth at Cancer Treatment Centers of America. This executive-level position sits on the nine-member executive leadership team and includes both clinical and non-clinical leaders. Stockley is responsible for executing on strategies with the primary mission of raising awareness about CTCA to treat more people who have been diagnosed with cancer. She leads the comprehensive Growth/Marketing arena for a 13-state region, including Key Market Development (Community Outreach); Public Affairs and all communications; Marketing Analytics and Operations; Physician Referrals; Employer Relations; and Business Development, Loyalty and Volunteers.

Stockley has 25 years of experience in marketing, advertising, broadcasting and media. Prior to joining CTCA, she worked in television with KTVK Channel 3 and KASW CW6 (Phoenix, Ariz.), KGW 8 (Portland, Ore.) and KING 5 (Seattle, Wash.). Within marketing, she worked with the Anaheim Angels Major League Baseball organization. She was also on-air as a sports reporter in Lafayette, La.; Oklahoma City, Okla.; and Seattle, Wash.

Stockley is a national and regional featured speaker and is a guest writer in multiple publications in the state.

Currently pursuing a Master of Science in Healthcare Communication at Boston University, Stockley holds a B.A. in Mass Communication from Oklahoma City University, a private college. Stockley, from New Iberia, Louisiana, has been in Phoenix for 15 years and is married to Bob, a third-generation Arizonan; together, they have two boys, Jackson (age 7) and Jacob (age 5), who are fourth-generation Arizonans.