Successful leadership is more than the title

In May, Mike Nealy was named executive director of the Fiesta Bowl. Prior to accepting this position, Nealy had spent eight years with the Phoenix Coyotes NHL franchise and Gila River Arena. As president and chief operating officer for the Phoenix Coyotes, Nealy helped the organization achieve record-breaking sales. 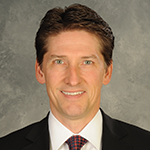 Mike Nealy and the Fiesta Bowl

No matter what job he is doing, Nealy — who worked for the Minnesota Wild for four years before coming to Arizona, and also has 14 years of experience in operating and financial business leadership roles — says that leading by example has been a major key to his success. “It’s very important for me to not be the leader based on my title as boss, or to try to be popular and be everyone’s friend,” he says. “A leader has to be motivating and inspiring, and not just tell people what to do.”

For example, Nealy says, if he expects his employees to come to work on time and work hard all day, he will do the same thing. If there is an upcoming fundraiser that the Fiesta Bowl organization is going to be a part of, he will be available to help set up and do tasks like placing gifts on the various tables, along with his employees. “I’m fortunate enough to be in a position of leadership, so I cannot expect others to do things I won’t do myself,” he says. “To be successful and a good leader I’ve found that people don’t want to get bossed around, and so it’s important for me to have a ‘do as a say, not as I do’ way of thinking.”

He also believes in the importance of constantly communicating with his employees. “You cannot over-communicate,” he says, adding that, from sending out emails on a regular basis and having a standing weekly all-staff meeting to just sending out an inspirational quote about leadership, being in constant touch with his employees is vital. And during those weekly meetings, Nealy keeps the emphasis on the entire staff rather than himself and asks people to contribute and share ideas and goals. “It’s not just about me giving a speech,” he says. “I facilitate an open-door policy and focus on communication, and we all work together as a team.”

As part of his commitment to communication, Nealy says it’s important to let his staff know where they are going as an organization, and to spell out goals for the organization. “This lets everyone know where we are heading, and then we can track, report and celebrate our goals along the way. I also want people to have personal goals that they are working towards, because I learned early on that having happy and healthy employees is as critical to success as the actual tasks they are doing.”

Communicating openly with employees when there is a problem is also crucial; wishing a problem would disappear is not an effective approach. “It’s not always easy to address issues with personnel and it can lead to anxiety or discomfort, but things won’t just go away on their own. Also, by not addressing it, I’m bound to have to deal with it later on, and I might also find out that it’s just a perceived problem or one that I can help with.” For example, Nealy says, if an employee is late to work three days in a row, it is better to talk to him or her right away to see what is wrong. “Maybe something is happening to make them be late, and maybe I can help in some way.”

At the end of the day, whether he’s working with a hockey team or for an organization that operates major bowl games, Nealy says he likes to remember the words of advice of retired football player and coach Lou Holtz: “Do right. Do your best. Treat others as you want to be treated.”