You are here: Home / In Business / Middle Market Firms Are Becoming Economy’s Workhorses
In Business  |  By the Numbers  |  July 2015 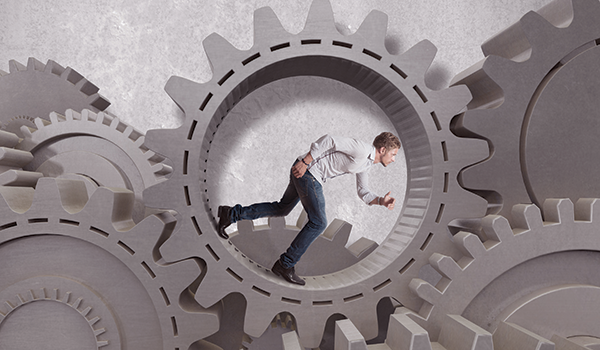 They may lack the romantic narrative of small businesses, which are seen as the fruits of the American Dream. And they may lack the instant name recognition that comes with being a huge corporation. But middle market firms, defined as businesses generating between $10 million and $1 billion in revenues, are economic engines to be reckoned with despite what they may lack in popularity. They are contributing more than their fair share to the economy.

According to the first-ever Middle Market Power Index, which was compiled by American Express and Dun & Bradstreet, the 136,000 middle market firms in the U.S. employ an average of 368 workers and generate $45.1 million per firm per year. These firms, while representing less than 1 percent of U.S. business, account for 21 percent of business revenues and employ 28 percent (50 million workers in 2014) of the private sector work force. And they produce almost $6.2 trillion in revenues.

The group of middle market firms is “a small slice of the population even though it is creating an outsized contribution to the economy,” says Julie Weeks, an American Express research advisor. “That’s because that seven tenths of the businesses are employing over a quarter of the workers and contributing about one out of every five business dollars in revenue.”

In Arizona, the estimated 2,051 middle market firms make up approximately 0.52 percent of overall businesses, the report says. The Grand Canyon State ranks just 47th out of all 50 states for share of firms in the middle market. Illinois and Wisconsin topped the list, with their middle market firms comprising a greater than average share of companies at 1.1 percent. (And ahead of the 50 states are Washington, D.C., at 1.8 percent; Puerto Rico, at 5.1 percent; and the U.S. Virgin Islands, at 3.9 percent.) Though it ranks low, Weeks says Arizona is “only slightly under average with proportion of firms in the state that are middle market firms. So really not too far off the norm.” The norm is 0.7 percent of businesses.

According to Weeks, in some cases the ranking has to do with the industry mix of the state. “Middle market firms are more likely than average to be in either manufacturing or wholesale trade,” she says. “So part of it might just be the industry mix in a given state because the states where there’s a higher-than-average percentage of middle market firms are some states that are in the Rust Belt, if you will, and that have small manufacturing firms. Like in Michigan, there’s a higher-than-average proportion of middle market firms and they are probably suppliers of automobile parts.”

States can help create more middle market firms by supporting small businesses, Weeks says. States that commit to small-business development, such as helping them export their services or goods through trade missions, can nudge a company that generates less than $10 million to middle market status.

More than half of large businesses are publicly traded (57 percent); in contrast, most middle market firms are privately owned (nearly 98 percent).