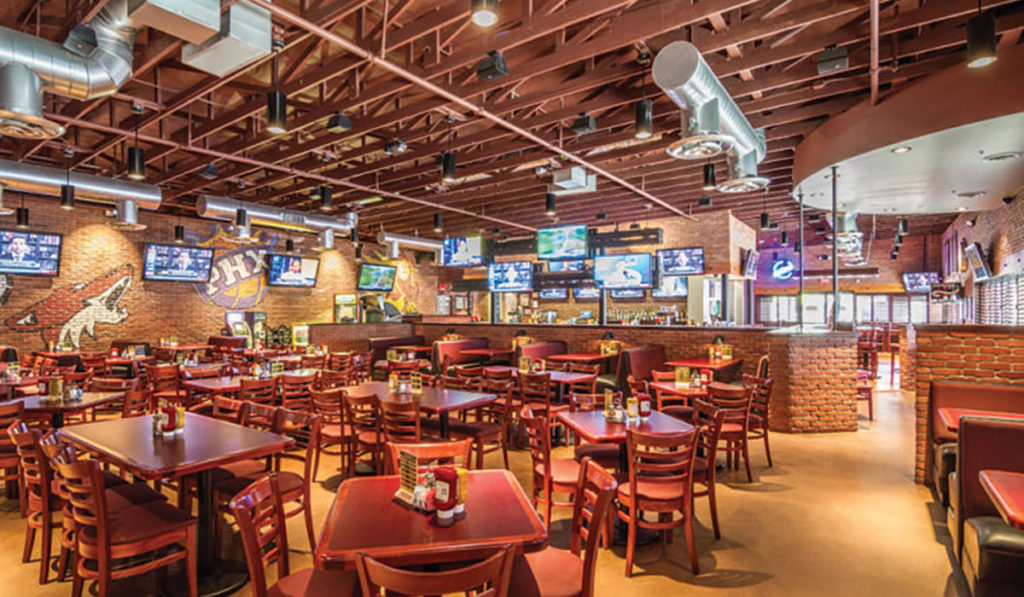 Offices that expect March Madness to be disruptive may as well bite the bullet and do lunch where the games can be watched. Here are some favorites with a nice sports-bar menu and a great assortment of TV screens. All open at 11 a.m. during the week.

Arcadia Tavern takes viewing seriously. It’s not just that there are 34 TVs; eight are jumbo screens. Although no screens are actually mounted in the patio, there’s good visibility to the screens above the bar.

Actual number varies among the four Valley locations, but the 35 at Scottsdale Fashion Center shows that Majerle’s (as befitting an establishment of retired Suns forward Dan Majerle) takes this amenity very seriously.

Zipps covers its bases inside and out. The Zipps on Camelback has 14 TVs inside and five outside; Zipps Arcadia has 24 inside (with a full wall of TVs back to back facing the dining room on one side and the bar on the other) and 4 outside.

[Did You Know: March Madness, as the annual NCAA Men’s Basketball Tournament is fondly known, impacts employers across the country in lost productivity that has been estimated as low at $600,000 and as high as $2.1 billion, as fans research their teams and create their own brackets.]