Life After a Campaign 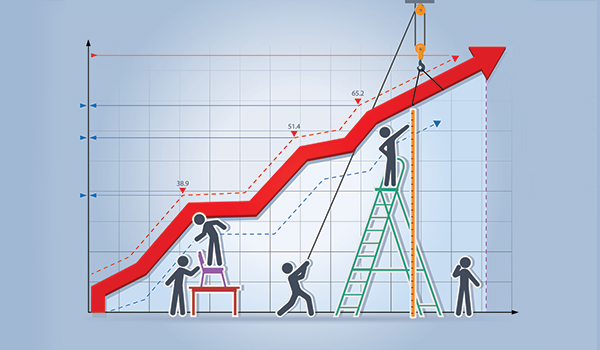 What’s more, leadership and staff — many not originally trained as fundraisers — have honed their fundraising skills and are comfortable with the role of philanthropy, paving the way for future campaigns. Skeptics who witnessed the campaign’s successes are now believers, bolstering the organization’s culture of philanthropy. It’s a win-win-win.

But wait. While it may be tempting to ride the wave of excitement and coast to the next campaign, that old-fashioned mindset is a surefire recipe for disaster.

“There is no break,” says Margarita Méndez Escudero, associate vice president of development and alumni for Puerto Rico’s Ana G. Méndez University System. “You can never go into a slowdown or shutdown, because you need to satisfy the needs of constituents, enhance your programs and continue on.” Méndez says her team finished their successful $29.4-million campaign (above goal) and immediately began planning the next.

“The last thing you do in a campaign is start planning the next one,” agrees Peter Smits, vice president emeritus at California State University, Fresno, and senior consultant at Phoenix Philanthropy. He led the university’s first-ever major campaign, surpassing its $200-million goal.

To ensure momentum into the next campaign, executives sitting on nonprofit boards need to be sure their organizations:

Retain staff. “When you have a successful campaign, high performers can be poached by other organizations,” warns Smits. How to keep them? Acknowledge their work publicly during and after the campaign. And provide opportunities for continued growth. Méndez’s team completed a staffing assessment post-campaign, identifying those who might benefit from additional training, moving some to different positions, and identifying staff fundraising strengths.

Steward and maintain existing donors. “You may have hundreds or thousands of new donors,” says Smits. “Keep them engaged in the life of the organization and make sure they know you did with their money what you promised — share stories of students and faculty that demonstrate donors’ investments in your campaign were worthwhile.” Those smaller donors who stepped up at the end of the campaign? They are ripe for cultivation during your next major initiative. The larger donors? “Never go back to them for another gift until they’ve paid off their current campaign pledges,” says Smits. “If you go after them too many times for too much, you will cause donor fatigue.”

Continue donor prospect management practices. Prospect management, screening and qualification doesn’t end after a campaign. “You always have people in the donor lifecycle,” says Smits. “You identify them, find out their interests, cultivate them and steward them. Then you start all over.” After campaign conclusion, Méndez’s team recognized the need for an integrated donor prospect database linking the university’s multiple campuses and the development of prospect assignment and management policies/protocols.

Apply lessons learned from the previous campaign. At campaign close, the board, executive leadership team and volunteers should participate in a debriefing about what worked well, what didn’t and what changes could improve the next campaign. Consider sending surveys to participants asking for campaign feedback, and continue the practices that worked well — for example, processes, procedures and meeting protocols. Says Méndez, “Before this campaign, fundraising was very much the president’s project.” The large-scale fundraising effort, however, required the cultivation of a campus-wide culture of philanthropy. The training of executive leadership, chancellors, deans, directors and even alumni about their role in fundraising, Méndez says, has changed the university’s protocol. “We have continued with monthly meetings of constituents at different campuses who now share donor prospects. We also continued our distinguished alumni awards and alumni engagement opportunities because we need to build that group of prospective donors.”

As to the notion of falling back into a less disciplined approach to fundraising after a campaign? Not a chance. Today’s nonprofits are not afforded such a luxury, and, as Smits points out, it makes little sense. “What you want to do is raise the level of fundraising from pre-campaign levels. You never want to go back to the way things used to be.”

What can nonprofits do to avoid overtaxing their volunteers during major campaigns that can last seven to eight years? Smits suggests:

Avoiding lengthy commitments. “It’s not a good idea to ask someone if they want to be on a steering committee for seven years,” he says. Ask volunteers, instead, for a two- to three-year volunteer commitment. Be ready to solicit new recruits throughout the campaign cycle.

Setting term limits for campaign boards, councils and advisory groups. “You have a natural cleansing of the organization with term limits — especially necessary after a campaign,” says Smits.