You are here: Home / In Business / Intellectual Property Is Not Created Equal
In Business  |  Legal  |  June 2015

Intellectual Property Is Not Created Equal 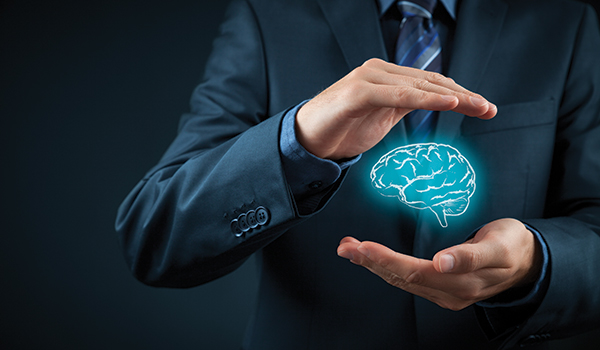 Business owners tend to underestimate their intellectual property (IP), says Lee Fraley, a partner in the Phoenix office of law firm Snell & Wilmer who specializes in IP and works with many emerging businesses in acquisitions and related transactions. “They tend to think IP only includes patents, but it’s much more than that — it’s almost anything that gives a company a competitive advantage.”

According to Shane Olafson, a partner in the law firm  Lewis Roca Rothgerber whose practice focuses on intellectual property, there are four primary types of IP protection: patents, trade secrets, trademarks and copyrights. Patents and trade secrets protect things that have practical use, such as inventions or formulas. Trademarks help consumers identify goods or services with a particular source (e.g., your company). And copyrights protect creative expression and software.

A patent is a governmental grant of exclusive rights to an inventor for 20 years, in exchange for expressly describing the invention in sufficient detail that others could practice the invention once the patent expires. Once a patent issues, the inventor may prevent others from making, using, selling, offering for sale, or importing the claimed invention until the patent expires. A trade secret, such as the formula for Coca Cola, is the polar opposite — it is kept secret from everyone except those who need to know. “Some things are not well-suited for patents, such as technologies that have a very short shelf life,” Olafson says. “Because it can take a few years to obtain a patent, it wouldn’t make sense to spend money obtaining a patent on something that will be obsolete by the time the patent issues.” Similarly, some things are not well-suited for trade secrets, for instance anything that can be reverse-engineered. According to Olafson, “most trade secret laws only preclude others from using a trade secret that was obtained unlawfully, such as by theft or espionage.”

A trademark is the name a company gives a product or service so customers can differentiate the product or service from those offered by competitors, explains Flavia Campbell, an IP attorney who also practices at Lewis Roca Rothgerber. Although registration is not required, trademarks can be registered at both the state and federal level. A business owner may choose to not register a trademark, but, she says, “even if a brand owner is not worried about securing exclusive rights for herself, she needs to be sure she’s not infringing upon someone else’s trademark rights.” According to Campbell, “We all-too-often see someone adopt a brand or a mark, only to receive a cease-and-desist letter from the owner of a confusingly similar trademark.” Further, “Once that happens, signage may have to come down; goods, services, websites, or even an entire company may have to be rebranded; and products may need to be taken off the shelf.” According to Campbell, “That can be much more costly than it would have been to clear the new trademark before adopting it.”

A trademark can be any name, logo or tagline, and is an important asset. But Fraley cautions care in selecting the mark. “If it’s too descriptive, it may be difficult to register, at least initially — and just as difficult to keep others from using the descriptive terms.” Names that are suggestive, on the other hand — such as Greyhound and Coppertone — are easier to protect. “They are more distinctive, easier to register, less likely to find in conflict with another, and easier to enforce if someone imitates you.” Fanciful or arbitrary names, such as Apple for computers, are even more distinctive and strong — but require more promotion to connect the company with the consumer.

Once a trademark is established, Fraley emphasizes it is important to maintain appropriate use of it to not weaken trademark rights and significance. Businesses should not use it in descriptive or generic fashion, abbreviate or hyphenate it. They do need to be consistent in its spelling. “You don’t want it to become a household name,” he says, pointing out that “aspirin” was once a distinctive trademark that became generic and free to use by others.

Fraley suggests also checking for domain names that are available, and securing reasonable variations — including Web extensions. Businesses should make sure the domain names are registered by the company and transfer it back to the company if it is not; for example, if the domain name is registered by an outside contractor or individual in the company, that person would purportedly own the registration. Simply registering the domain name, however, reserves its place on the Web but does not give exclusive rights to the name, Campbell notes. Businesses should seek separate trademark protection.

Copyright is more applicable to artistic expression, such as photographs or music. It also protects software and architectural works. It is important to note that copyright attaches as soon as the item is created in fixed form, and the creator of the work is the owner. “You can use the copyright symbol to give notice to others that you created it,” Campbell says. To be able to sue in court against someone else’s unauthorized use, however, the copyright must be registered with the federal government. “You can obtain this registration at any time,” Olafson says, “but the timing may affect the damages you can recover.” Further, according to Olafson, “registering a copyright within five years of first publication does offer some advantages, including a judicial presumption that the copyright is valid.”

Reiterating a point that is widely misunderstood, Fraley notes, “The author of the work is deemed the owner, and you don’t necessarily own it just because you paid for it.” This applies not just to outside contractors, including website developers, but also to a company’s natural employee who is working outside the scope of his or her job description. For the company to own the copyright, it needs to have an assignment of interest memorialized in writing. Avoid ambiguous verbiage or relying on future obligations such as “the contractor agrees to assign.” There are no specifically correct words, Fraley says, but the company needs to make clear what is the work product being assigned by the author.

Correcting ownership issues ahead of time avoids the potential for someone to hold ownership rights as leverage against a business when acquiring. Businesses may find it beneficial to do an intellectual property audit “to be sure you actually own what you think you own,” Fraley says.

Flavia Campbell is a partner with Lewis Roca Rothgerber who assists clients with the selection, clearance, prosecution and enforcement of trademark rights in the U.S. and abroad.

Lee Fraley is a partner with Snell & Wilmer who offers clients a unique blend of intellectual property counseling, IP rights enforcement and defense, as well as aggressive negotiation of IP-related transactions and acquisitions.

Shane Olafson is a partner with Lewis Roca Rothgerber who focuses on intellectual property litigation and counseling, as well as data privacy and cybersecurity.