You are here: Home / In Business / Historically Successful Leadership
In Business  |  Roundtable  |  March 2017 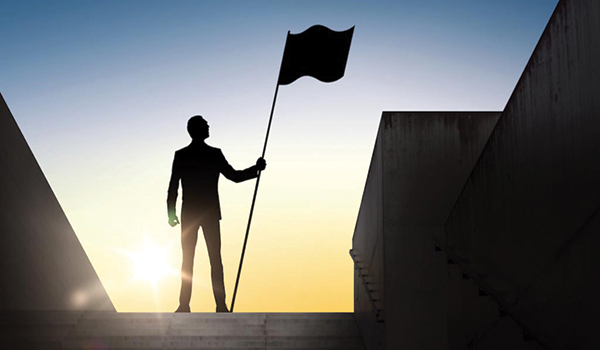 As Gordon Leidner notes in his introduction to The Leadership Secrets of Hamilton and the Founding Fathers, “the Founding Fathers’ adoption of the Declaration of Independence, the United States Constitution, and the Bill of Rights was the most revolutionary demonstration of leadership in American political history. … It was not because of the political unanimity of the nearly four million colonists in North America. A significant minority of the people, perhaps as much as one third, opposed the establishment of a new nation. It was not because of the strength of the American armies or navy, since they were immensely inferior in numbers, equipment, and weaponry when compared to their foes. It was not because of the wealth and financial independence of the colonies, because the thirteen colonies had fragile economies and were highly dependent on trade with Great Britain.

“The key ingredient to the successful establishment of the new nation was leadership — the leadership of a handful of men known today as the Founding Fathers.”

The book is as much history as it is a guide to leadership skills. Leidner’s treatment of each leadership skill — from “Prepare Yourself” and “Exemplify Moral Integrity” to “Be a Mentor” — provides a new context in which to understand the history we each probably think we know so well. Yet he notes the precepts continue to be relevant today: “The modern-day leader may not have a task as monumental as the one that faced the Founding Fathers. However, the principles the Founders followed are still useful for various modern leadership challenges such as the establishment of a new company, the rejuvenation of a failing business, and the motivation of an uninspired workforce.”

The following is excerpted from the chapter “Be a Mentor,” which opens by describing Benjamin Franklin’s speech to fellow delegates at the Constitutional Convention and ends with a discussion of three action items for being a mentor:

“Mr. President: I confess that I do not entirely approve of this Constitution at present, but Sir, I am not sure I shall never approve it: For having lived long, I have experienced many Instances of being oblig’d, by better Information or fuller Consideration, to change Opinions even on important Subjects, which I once thought right, but found to be otherwise. It is therefore that the older I grow the more apt I am to doubt my own Judgment, and to pay more Respect to the Judgment of others …”

… He implored each delegate to put aside his reservations and “doubt a little of his own Infallibility, and [in order] to make manifest our Unanimity, put his Name to this instrument.”

Franklin was a mentor not only to his fellow Founders, but to all Americans. From 1732 to 1758, he had delighted the public with his popular Poor Richard’s Almanack, which was filled with practical information and his incomparable witticisms. Although Franklin had developed many useful inventions, he never patented them. He gave his reasons in his famous autobiography, where he said, “As we enjoy great advantages from the inventions of others, we should be glad of an opportunity to serve others by any invention of ours; and this we should do freely and generously…”

Always have the attitude that “I will learn something new today.” Be “quick to listen and slow to speak.” Ask people for their opinions. Do not be afraid to admit it when you are uncertain of an answer. Your humility will pay off as you gain the respect of your followers, while learning what you need to know.

“The better any man is, the lower thoughts he has of himself.” —James Madison

Alexander Hamilton realized that he did not know as much as he needed to about economics and finance when he became Secretary of the Treasury. He immersed himself in scores of books on the subjects of banking, international trade, public debt, credit, foreign exchange rates, taxation, and manufacturing. To broaden his understanding of world commerce, he researched peripherally related subjects such as politics, government, geography and philosophy.

In the age of instant information, you can do even better than Hamilton. Learn your subject!

“In a multitude of counselors there is the best chance for honesty, if not wisdom.” —James Madison

As a leader, make it a point to become a mentor to others. This will benefit you as well as your followers, because to teach others, you have to learn your subject well. By answering followers’ questions, you will gain insight you would not otherwise have acquired.

Look for opportune moments to share what you’ve learned. Talk to your followers in informal settings. Give presentations. Offer to speak at seminars. Get published!

If you become known as a guru, you will be challenged by an increasing number of people and more difficult questions. And you will learn even more.

“We are sent here to consult, not to contend with each other.” —Benjamin Franklin