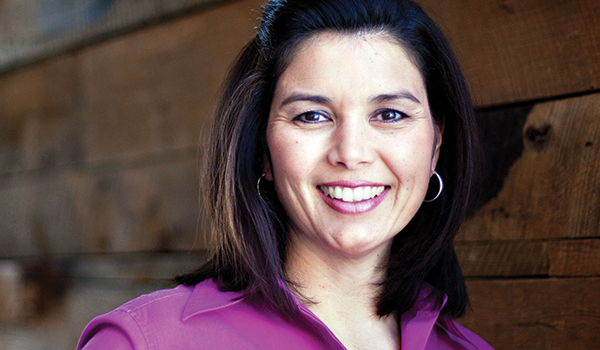 Heidi Jannenga co-founded WebPT, an electronic medical record (EMR) platform for physical therapists, with her soon-to-be husband in 2008. Before launching WebPT, she worked full-time as an athletic physical therapist managing three clinics. She describes the inception of WebPT as serendipitous. In 2007, she realized the largest expenses at her clinics were transcription and dictation costs. Around that time, many physicians were beginning to use EMRs as mandated by the Affordable Care Act. Though she and husband were, at that time, only dating, Brad Jannenga, in an attempt to charm her, began researching Web-based EMR platforms for physical therapists.

Her husband-to-be found there was practically nothing Web-based or cost-effective for physical therapists. Together, over the course of nine months, Heidi and Brad began developing a software program that was used, initially, by only the three clinics Jannenga managed. However, word spread of the effectiveness of the software, and soon physical therapists throughout the Greater Phoenix area began asking to use WebPT. Though they did not realize it at the time, this period proved tremendously valuable as the couple received consistent direct feedback as to how to improve the product.

She describes this period as a flurry. “Before we knew it, we had 10 or 12 clinics in the Greater Phoenix area using our platform. We did a little market research and found 80 percent of physical therapists were still using pen and paper. So at that point — this is late 2007 — we said we think we’ve stumbled onto something here. We looked at our competition in the physical therapy space and realized there wasn’t a lot going on.” At the time, whatever existed for physical therapists was expensive and mainly focused on billing insurance companies. The impact was immediate. After launching the company in February of 2008, WebPT sold its software to five clinics in the first month. After that, “every month of WebPT’s existence has been WebPT’s next best month.”

Currently, WebPT allows physical therapists to create and manage patient records, manage appointment calendars with automatic reminders, gain real-time business intelligence, and maximize reimbursements through automatic claim submissions. The company services more than 8,500 physical therapy clinics in all 50 states, as well as Puerto Rico, Canada and Guam. With just over 50,000 users, the company is an Arizona sweetheart, inspiring excitement for the Valley’s tech community. But Jannenga readily admits that, initially, the goal was not to create a nationally known brand but rather to simply create a tool to increase her bottom line at the three physical therapy clinics she managed in Tempe.

She notes, however, that the transition from physical therapist to software executive has not been easy. “Having so many positive, instant-gratification moments every day — from seeing my patients get better and having positive long-term relationships with physicians — to stepping into this role where you’re meeting people for the first time and you’re back to the last level of the totem pole is a tough experience. But I just embraced it — I’m an avid learner and just soaked it all in, and realized my management skills and skills as a physical therapist are incredibly transferrable to being a leader.”

Ultimately, Jannenga is excited for WebPT’s growth. “WebPT just recently launched an outcomes platform. In the world of healthcare, we’re trying to get more objective ways of measuring progress and performance of providers, and outcomes is a great way of doing that.” Another area she sees for growth is in operability and integration. “With the Affordable Care Act requiring different healthcare providers to use some sort of electronic medical record, there are a lot of players out there,” she says. “The next phase is to make sure that the different platforms are able to talk to each other. For example, as a physical therapist, we get a lot of referrals from physicians, especially orthopedic physicians, so making connections with different orthopedic EMRs to be able to integrate referral and clinical information back and forth makes that communication much more efficient and cost-effective.”