Question: Arizona is ranked the top state in the country for business start-ups, according to the Kauffman Index of Entrepreneurial Activity. How or where do you see government and/or the business community fueling this activity? 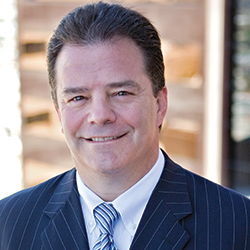 Innovation and entrepreneurship are critical components of the Greater Phoenix region’s economy. However, innovative business ideas would have nowhere to go in an empty business community. For an idea to take root and blossom into a thriving start-up, the community must also support larger, export-driven companies.

Plus, most new technology start-ups are started by workers in mature industries like semiconductors, aerospace/defense and advanced electronics. This cycle creates an ecosystem that supports both mature and fledgling technologies.

When combined with a vibrant list of accelerators and incubators, a top research university and countless funding opportunities, Greater Phoenix’s rich and varied business community makes it the perfect place to launch a new venture, as evidenced by the recent #1 ranking by the Kauffman Foundation.

Barry Broome, president and CEO of the Greater Phoenix Economic Council, is a proven leader with 20-plus years of experience in community building and economic development, company creation, formation of public-private partnerships and public policy design. Broome’s tenure at GPEC has led to the attraction of more than 160 companies, 30,980 jobs and more than $6.5 billion in capital investment in Greater Phoenix. 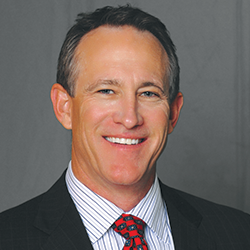 When employers stopped hiring, we saw many of the unemployed take matters into their own hands and create their own jobs. For some it was an opportunity to do something they had always wanted to do, while for others it was a matter of survival.

While sales and income are gradually increasing in small businesses in general, there is still a significant amount of work to be done to convince the buying public it’s safe to come out now. However, the Kauffman Index results prove what a pro-business legislature can do to help jump start not only a state’s economy but the national economy as well.

Rick Murray has a wide and varied background that includes entrepreneurial endeavors and nonprofit association executive experience. Murray has seen tremendous success by using the same formula he has always used: developing relationships with businesses for mutual success and surrounding himself with a team of people who believe in a common goal. Murray is also well-versed in HIPAA compliance issues and healthcare-related businesses. 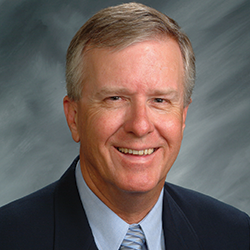 Greater Phoenix is attractive to start-ups for many reasons, including a skilled labor market, tax incentives, job training and expedited permitting. One way local governments are fueling activity is the development of business “incubators,” in which communities provide collaborative workspace for start-ups, entrepreneurs and creative companies. Incubators can include everything from physical space to on-site staff, mentors, tools or other resources that give small companies the boost they need to get a toehold in the marketplace. Cities around the region, including Avondale, Chandler, Gilbert, Mesa, Peoria, Phoenix, Queen Creek, Scottsdale, Surprise and Tempe, have seen how these incubators foster business development.

Valley communities are partnering through the Maricopa Association of Governments Economic Development Committee to launch a number of collaborative economic development efforts, ranging from the development of a website to attract business, GreaterPhoenixRising.com, to working with Canada and Mexico to improve trade relations. The region was also selected by the Brookings Institution to develop and implement a Metropolitan Business Plan based on a rigorous market analysis. That plan will be completed in December.