You are here: Home / In Business / Eric Roudi: Seeing the People Side of Commercial Cleaning
In Business  |  From the Top  |  February 2015

Eric Roudi: Seeing the People Side of Commercial Cleaning

The foundation of his business model is personal interaction 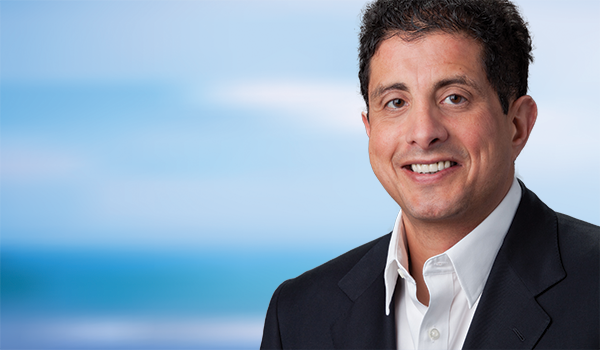 Eric Roudi realized in the early 1980s something that others at the time had not: The cleaning business is really a people business.

Roudi is founder and CEO of OpenWorks, a Phoenix-based commercial cleaning company and franchise. It has a national footprint, with more than 330 locations in 15 states, with its cleaners servicing 1,100 facilities each day. “The differentiator we went after was to use pride of ownership to our advantage,” Roudi says. “We capitalized on that notion by setting up individual franchises, where the owner is in charge of delivering the service to end users — customers — and also, as an owner, he or she is closer to the employees they’re hiring.” He says this helped reduce workplace turnover to 40 percent from an industry average of 300 percent.

Roudi came to the U.S. from Iran at age 16 to attend college, with plans to return after earning his degree. That was 1978, right before Iran was consumed by a revolution and his family was forced to flee. He lost access to them and found himself alone in his new country. Emulating the entrepreneurialism his father had modeled, he came to Phoenix after graduating from Tufts University and, with a friend, made a pitch to investors to give them $34,000 to launch a commercial cleaning business. Later, buying out those investors turned out to be “a good decision personally because I ended up with 100 percent of the company,” he says, explaining he’d grown tired of answering investors’ questions every month that had nothing to do with the business itself.

“I think what was important in the very beginning was having set goals, clear goals as to what I wanted my income to be at some point and what the business would look like at some point,” Roudi says. “Not all the decisions were correct, obviously, but I made more correct decisions than wrong decisions.”

Commercial cleaning was a $70-billion-a-year industry at the time. Roudi recognized that it was fragmented so he went the then-rare route of franchising in the early 1980s. “I liked the look and feel of the franchise system,” he says. “You could walk into a McDonald’s anywhere in the country and expect the same service. I wanted to make that the same for the cleaning industry.” He knew if he could create a system and then easily replicate it, he could be successful. “The premise of franchising and what we actually incorporated was the fact that we had owners out there interacting with the customer and providing the service,” Roudi says. “That was the beginning of the whole thing.”

One of the most crucial commitments he has made — and process he has honed over the years — is making sure he has the best team in place. “Nothing gets done without the right people,” he says, noting OpenWorks has a “pretty elaborate recruiting methodology,” which includes personality tests. He makes sure to get self-starters who are motivated in part by money — it’s the “universal language of business,” he says — and conducts at least three interviews before making a decision.

Roudi does his part in making sure his company is a good place to work. In contrast to the “old days,” when he would just tell people what to do and wonder why they weren’t doing it, he says he now listens to them, too. With that, he has learned and perfected his approach.

Roudi’s taste for innovation was there from the very start. Since the early 1980s, the company has had its own information technology system to help manage several functions in the organization, which has yielded a lot of efficiencies, he said.

These days, many of his larger customers are taking decision-making away from their individual facilities, and Roudi’s firm is well-suited to go after them because of its use of franchisees. Clients prefer a single point of contact — one vendor who can manage it all so they can cut down on their expenses. Roudi believes that kind of efficiency is exactly what has separated his company from competitors.

OpenWorks has been in business since 1983 and has regional centers in Arizona, California, Illinois, Texas and Washington. Its national headquarters is in Phoenix, where it houses its Franchisee Training Center and corporate operations.

OpenWorks was right in step with the green cleaning movement, using eco-friendly products and a more carbon-friendly approach ahead of many in the industry. In conducting business with vendors and within its franchise community, practices such as consolidating orders so as to minimize the number of deliveries helps OpenWorks reduce its own carbon footprint.

Indicating the continued strength of the facility maintenance services market, OpenWorks sold 60 franchises in 2013 and 47 in 2014.