You are here: Home / In Business / E-mail: Is It Casual Conversation or a Binding Contract?
In Business  |  Legal  |  October 2012

E-mail: Is It Casual Conversation or a Binding Contract?

by Jon Weiss and Dan Waite 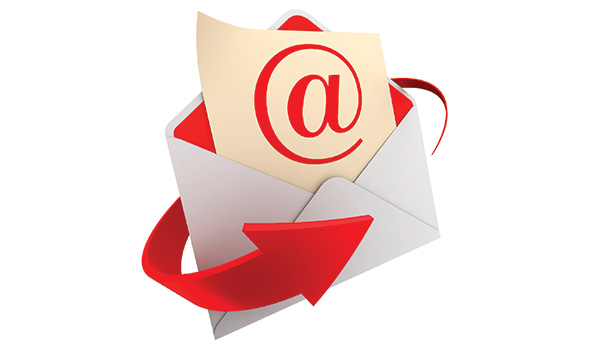 In the good ol’ days of e-mail, the biggest downside was the occasional virus or an obscure spam invitation to support an even more obscure Nigerian military commander. Oh, how times have changed. Now, seemingly innocuous e-mail exchanges between business and client (or employee and a vendor) regarding a potential contract could be considered legally binding …

“We Got a Deal Then”
In 1999, the Uniform Electronic Transactions Act was created. Simply put, the Act deems that e-mail can be used to make business transactions easier. Previously, a handwritten signature might have been required to create a contract. The UETA, however, allows for a binding contract to be created through e-mail (and other electronic) exchanges without a physical signature. More specifically, the act of sending the e-mail can serve as the signature.

It sounds pretty good, but like all laws, it wasn’t long before black-and-white was replaced with gray. The problem? The nature of e-mail messaging is that it’s fast-paced and often informal. So, what seems like official contract language by one person is sometimes not perceived in the same way by the other.

The following real-life scenario illustrates how a business could end up in legal trouble.

Company ABC owned a high-value Web domain name it was looking to sell and contacted Company XYZ to see if it wanted to purchase the name. Company XYZ indicated it might be interested in acquiring the domain name but did not want to spend a lot of time on the effort unless the name could be acquired for a great price; in short, Company XYZ did not want to get its lawyers and other high-level employees involved unless and until it knew an agreement on price could be reached. After many e-mail conversations, both firms agreed on a seven-figure price. At that point, a representative from Company XYZ ended the e-mail exchange with five simple words: “We got a deal then.” What the representative should have said was, “We have a deal on price then; now, let’s move on to negotiating the remaining contract terms — like how and when the transfer will occur, performing due diligence on the domain name to make sure the quantity and quality of the traffic to the domain name was as Company ABC represented, whether the price would be paid over time or in a lump sum and, if over time, at what interest rate, etc. — to see if we can get to the point of a contract.”

The representative for Company XYZ believed all the unstated thoughts were understood by the representative for Company ABC and did not need to be expressed. Communications, however, eventually died off and the parties went their separate ways. Company ABC, who believed the value of the domain name was rapidly increasing, continued efforts to sell the name to others.

Cut to three years later. Company ABC was unsuccessful in finding a buyer for its domain name and the global market changes caused the value of the domain name to drastically drop. Company ABC sued Company XYZ for not purchasing the domain. It cited breach of contract based on the “We got a deal then” e-mail.

Company ABC claimed that, in accordance with the UETA, a contract had been created because the language Company XYZ used implied a signature and e-mail constitutes the equivalent of a signature.

And the result? With only e-mail exchanges and no formal written contract, Company XYZ settled to avoid a lengthy and expensive trial. In the end, it paid several hundreds of thousands of dollars to Company ABC (who also retained the domain name to sell another day) and paid its own lawyers significantly more in legal fees and costs.

E-mail is, obviously, here to stay. With more and more business communications taking place by e-mail, a greater number of contracts will likely be alleged to have been created through an e-mail exchange. And it’s not just e-mail that’s at risk. The UETA stands for Uniform Electronic Transactions Act — covering all electronic messaging — which means faxes, texting and social media sites like Facebook could potentially instigate a binding contract. Hyper-awareness is the best approach.

Jon Weiss is a partner in Lewis and Roca’s Phoenix office. He represents businesses in disputes relating to contracts, noncompetition agreements, and a wide variety of other issues facing businesses on a day-to-day basis.

Dan Waite is a litigator and managing partner of the Las Vegas office of Lewis and Roca, L.L.P. He focuses primarily on business litigation with an emphasis on contracts, real estate, mechanics’ liens and fiduciary disputes.

To avoid unintentionally creating a contract through e-mail, follow these critical guidelines when crafting messages.

Refrain from finality. Unless the intent is to create a contract, avoid wording that sounds final, such as “Deal” or “Done” and especially “Agreed” or “I accept.”
Respond to finality expressions. If the second party makes statements that give the impression they may think a contract exists (e.g., “Glad we could reach agreement”) and the first party does not believe a contract exists, it needs to correct the misperception in writing at the first opportunity.
Require permission. It may be obvious that the owner of a business has final say in determining if he or she wants to make a deal with a client or vendor, but if someone else (a corporate executive, the board of directors, etc.) has to OK the agreement, it’s critical to be clear in any e-mail exchange that such approval must be secured before any deal is struck.
Relax. Never be in a rush to send an e-mail that involves any discussion of a contract or hints at finalizing payment and other terms. Avoid sending important e-mails when hurrying out the door for lunch or a meeting as that may distract from giving the e-mail the amount of time and attention it really needs. And don’t just type and send; always read the e-mail from beginning to end before sending it. For particularly important e-mails, it may be advisable to print out a draft and read it on paper. The bottom line is to treat each e-mail as though it’s a printed contract and the pen is poised over the signature line.
Representation. If there is even a fleeting thought that an e-mail message might bind the company to a contract, talk to a lawyer. A competent attorney can help the business owner understand if there is anything to worry about as well as help to create a corrective e-mail that could keep the company out of legal hot water.