Doing What It Takes to Build Business 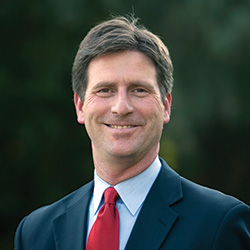 Arizona, and particularly the Valley, is an incredible place to start or build a small business. People want to be here. Despite the past years of a downturned economy, we have succeeded in many ways to foster small business growth and put the Phoenix metropolitan area in the spotlight as one of the top places to be in business.

As mayor of Phoenix, I know small business is what makes or breaks an economy, and that it’s the key to building a diverse and sustainable economic future for Phoenix. Supporting local businesses is about more than buying your morning brew at your neighborhood coffee shop — we have to do everything we can at the city level help small businesses succeed, not work against them.

That’s why the Phoenix City Council and I passed a program to enhance local and small businesses’ participation for city procurements — so they can realistically compete for city contracts. We also streamlined the process for companies to submit their plans electronically, which the city should have done years ago.

In the cover story, “Cities Building Business,” writer Alison Stanton (no relation) breaks the Valley into four regions and speaks with city leaders and economic development experts as she spotlights actions the Valley’s various municipalities are taking to encourage small business growth. Incentives and hard work seem to be paying off for these municipalities.

Other informative articles include “Creating a Dynasty: Three Leadership Styles You Need at the Top” by Jack Stark, Ph.D., and a look at legal compliance issues of an employer requiring employees to provide access to personal social media by attorney Alastair Gamble in “’Social Networking — Off-limits in Employment Decisions?” Victor Green, in his Enterprise article, discusses factors businesses should consider in setting the prices of their product or service. And in this issue’s Roundtable, In Business Magazine editor RaeAnne Marsh explores the impact of an ethnically diverse work force on a business.

Also in this issue, In Business Magazine has created a guide to small business for those growing or starting a small business in the Valley. The “50 Top Small Business Resources Guide” is made up of those services dedicated to building small business, from funding to marketing to legal advice.

As you read through this issue of In Business Magazine, you will find articles on diverse subjects but all directed to our common goal of building business in the Valley.

A native Phoenician, Mayor Greg Stanton completed his undergraduate degree at Marquette University and his law degree at University of Michigan and then returned to his hometown where he has been active in community organizations and in government. He was appointed to the Phoenix City Council in 2000, then won the seat in the 2001 and 2005 elections. He took office as Mayor of Phoenix in January 2012. Stanton has been recognized for his community service with awards that include Arizona Big Brother of the Year.