You are here: Home / In Business / David Richardson: Shifting Course to Meet Evolving Needs
In Business  |  From the Top  |  February 2017 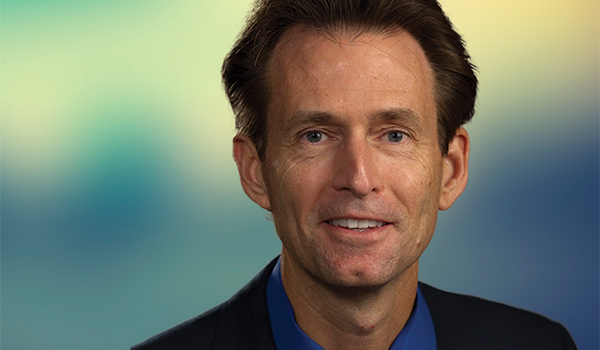 For nearly 30 years, nonprofit credit counseling and debt management agencies such as Phoenix-based Take Charge America have helped consumers nationwide repay millions in credit card debt while educating them about the path to long-term financial independence. The core of the business model has remained largely the same, yet with the introduction of newer technologies and efficiencies that allow counselors to meet the needs of more people.

It may seem counterintuitive, but the Great Recession threw the industry its largest curve ball. While excessive credit card debt was a major challenge, it wasn’t necessarily the primary financial challenge for many individuals and families. Increased college tuition, coupled with diminished state funding for universities, resulted in young adults taking out student loans at record levels. They also graduated into an economy with few job opportunities and few means to repay the loans.

Traditional credit counseling didn’t meet the needs of this growing sector of student loan borrowers who were overwhelmed by the complexities of the repayment process. It was a “Wild West” of sorts, with misinformation abundant online and few unbiased resources for advice.

The need for objective guidance was clear, yet the best course of action to serve these borrowers wasn’t, says Take Charge America CEO David Richardson. “All debt is not the same. We had a highly experienced team of credit counselors who were experts at navigating the credit card world, not the student loan world, which came with completely different parameters, players and regulations.”

Richardson was faced with one of the agency’s largest operational decisions, just a year into his role at the helm. For the first time in decades the agency had to shift course, requiring new counselor skillsets and training, new regulatory considerations and entrance into a completely new market. Success in this effort would require a significant financial investment and an organization-wide commitment to reallocating time and resources — both of which are limited for nonprofits of any size. Failure in this effort could drain resources too much, impacting the viability of credit counseling and the organization as a whole. “This move was risky. We didn’t have a blueprint to follow and were unsure how the public would respond. Identifying a need and pinpointing a solution are two different things,” says Richardson. “However, we knew we had to respond to the evolving needs of consumers. That’s core to our mission as a financial education agency.”

Richardson planted the seeds for a nationwide student loan counseling service in 2013. By this time, U.S. student loan debt topped $1 trillion and even eclipsed credit card debt levels — a trend that continues.

Richardson directed the development of a new business plan, tapped external resources to avoid overwhelming current employees’ workloads, and allocated funding to trial various approaches and fee structures for the counseling. He also proactively invested in new counselor training focusing on federal student loans specifically. With some experimentation, the service took shape over the following months, and was fine-tuned over the following years. “We learned a lot in the early days and discovered we couldn’t simply replicate the credit counseling process. Student loan borrowers had different needs, acquired the debt differently, and worked with servicers who operated by different rules,” he shares. “There were also many fly-by-night companies that tried to make a quick buck off struggling borrowers. We had to differentiate ourselves from this pack and promote ourselves as advocates who solely acted in clients’ best interests.”

To help advance the industry as a whole and instill more public trust, Take Charge America packaged these learnings into counseling protocols that it shared with the National Foundation for Credit Counseling, of which it is a member. The learnings have since been distributed across numerous agencies in a move to establish industry best practices.

Fast forward to today. Some 44 million Americans owe nearly $1.3 trillion in student loans, according to the Federal Reserve. What’s more, the U.S. Department of Education reports that more than 40 percent of all borrowers are late or in default.

“We’ve found a model that works and is helping student loan borrowers identify the right repayment paths for their situations,” said Richardson. “But as you can see, we’re just getting started. The need for comprehensive, unbiased student loan counseling is growing daily.”

Richardson’s initiative to launch the new service is paying off for consumers and the organization alike. Take Charge America has counseled thousands of borrowers nationwide, and it has developed a partnership with a major university to assist troubled borrowers. The service line helps the agency avoid stagnation and offers a new path for growth, all while better assisting consumers with their debt problems.

This information is according to latest figures from 2016.