You are here: Home / In Business / Corporate Tax Reform: It’s Not Big Business vs Small Business
In Business  |  Roundtable  |  February 2017

Think tank argues corporate tax reform is too important for the U.S. economy to be held up for small-business interests 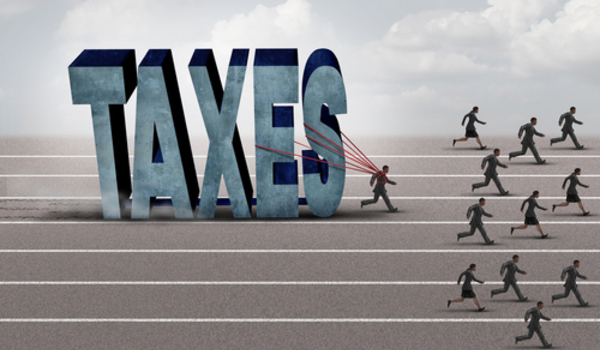 Reforming the U.S. corporate tax system could provide a major boost to U.S. economic growth and competitiveness, but progress continues to stall due in large part to small-business advocates who claim that corporate-only reform is unfair and economically harmful. Our studies have found significant flaws in their arguments.

Corporate tax reform is one of the most important things Congress can do to boost productivity, create more high-paying jobs and increase economic growth. Unfortunately, support for reform is being held hostage by small-business advocates who want special treatment. But when you look beyond their emotional rhetoric and focus on the facts, it is clear that one special interest should not hold up broader reform — especially when its claims are largely without merit.

While the individual tax system does also need to be reformed, that does not negate the vital need for corporate tax reform. And such reform is not inherently unfair to small businesses. To address specific aspects:

Reducing corporate tax expenditures will have a small effect on small businesses. While eliminating some business deductions, exclusions and tax credits to pay for lower rates will result in higher total taxes for pass-throughs, the total effect is likely to be small because most tax expenditures are for individuals. Furthermore, the investment-spurring tax expenditures — which account for nearly 70 percent of tax benefits to pass-throughs — would not be changed.

Tax law should not favor small business. Unlike most large multinational corporations, most small companies do not directly compete with foreign companies, either domestically or in overseas markets. Therefore, the effect of higher rates on small companies is limited since their competitors don’t benefit from lower rates.

Congress has other ways of helping small business. These include tax simplification and regulatory reform.

Reducing effective tax rates, especially on investment, research and innovation, is crucial for American competitiveness. Done right, corporate tax reform means greater investment by both domestic and foreign firms, enhanced competitiveness and faster productivity growth, all of which will help firms of all sizes and corporate forms. Tax reform will be a difficult political job under any circumstances, so let’s not make it tougher than it needs to be.

Joe Kennedy is a senior fellow of the nonpartisan Information Technology and Innovation Foundation, a leading innovation policy think tank.