You are here: Home / In Business / Clear Advantages in Dust Suppression
In Business  |  Briefs  |  December 2015 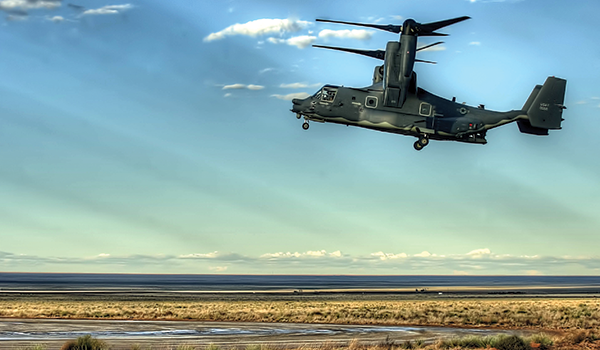 “If you start with something clean, you end with something clean.” This, says Soilworks founder and owner Chad Falkenberg, is the advantage of his company’s latest dust suppressant product, Durasoil. Producing the purest, greenest and only synthetic dust suppression fluid that remains active over long periods of time, Durasoil recently earned Soilworks its second U.S. patent.

Until now, petroleum-based dust suppressants and synthetic fluid derivatives lacked durability and offered short-term effectiveness when they were implemented. With the new Durasoil formula, Soilworks has developed a synthetic compound that offers long-term durability — a virtually non-toxic composition that is capable of reducing the generation of airborne and suspended particulate matter for long periods of time.

Approached by the Army Corps of Engineers, Falkenberg applied gas-to-liquid technology — which, he says, always intrigued him — to develop this solution that harnesses the natural gas off-product of the oil industry’s refining processes. The process enables production of extremely pure synthetic fluids that are virtually free of metals, nitrogen and other contaminants.

Created with non-petroleum properties, Durasoil is designed to control dust in a variety of worksites by “wetting out” soil. The outcome is a re-workable solution that coats and clusters dust particles and weighs them down.

Application extends to dust control and soil stabilization for commercial, industrial and military markets. On helicopter landing pads in dusty, sandy environments such as the Middle East, for instance, Durasoil creates a surface that does not have the brittle crust of other products that breaks up and creates hazardous flying debris. And because the product does not contain water, it can be used in environments that range from the freezing conditions of the arctic to the extreme hot temperatures of underground mining.

The company is based in Scottsdale, and Falkenberg cites the advantage of being in a hot and arid region because “it gives us year-round opportunities to work on the product.” It’s also a good distribution point, he notes, with rail and logistics capabilities.