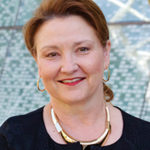 What does successful economic development look like for Arizona? The state’s early economy was built on the famous “5 C’s”: copper, cattle, cotton, citrus and climate. In the post-5 C’s era, other vital industries have come to the fore, such as biomedicine and technology. Much of this is concentrated in the Greater Phoenix area.

The region is moving into an innovation-based and well-diversified economy. Decades of tremendous residential growth left the region vulnerable during the Great Recession, but we have come out at the other end in a much better place. With its robust industrial and office base, Metro Phoenix is attracting high-wage jobs across all sectors, including Manufacturing, Biosciences and Healthcare, Aerospace and Defense, Advanced Business Services, Information Technology and Entrepreneurship. These companies are tapping into our educated and skilled workforce and the region’s competitive appeal on a number of fronts.

Economic development, however, is more than just getting high-profile companies to bring jobs to the Phoenix metropolitan area. Long-term economic growth requires a regional approach and with that, as a report from The Brookings Institution spells out, “blending programs, working across systems, forging new partnerships, and working with both long-term goals and shorter-term metrics for success.” Detailing the role of both private-sector and civics activity, The Brookings Institution’s report serves as the basis for this issue’s cover story.

In today’s business world, as consumers’ actions are increasingly influenced by a “socially aware” agenda, diversity has become more than a buzzword. The Enterprise feature suggests businesses look at what their public faces — their websites — tell consumers about their company.

This issue’s Legal article jumps right in on today’s hot topic of overtime pay, as a local attorney discusses the newly released regulations from the U.S. Department of Labor on overtime compensation — involving much more than simply salary-level adjustment — and how employers can prepare for the new overtime rules.

And in the Roundtable feature, In Business Magazine editor RaeAnne Marsh shares insights from her conversation with Wikipedia founder Jimmy Wales on how open-source, open-content technology is changing the face of the Internet.

Once again, In Business Magazine brings together articles on a variety of topics of import to the broad range of businesses in our community. I’m pleased to be part of presenting this edition to you, and I hope you enjoy the read.

Christine Mackay is the community and economic development director with the City of Phoenix. She is responsible for leading the business development team, including the areas of business attraction, business retention and expansion, small business and entrepreneurial efforts, downtown development, international, retail and workforce development.

During the past five years, she has helped locate or expand more than 180 companies into the region, brought more than 26,000 jobs, added nearly 5 million square feet to the industrial/office base, and brought more than $7 billion in capital investment into the community.