You are here: Home / In Business / Charles A. Touché: Embracing Change as Path to Innovation
In Business  |  From the Top  |  April 2016

Charles A. Touché: Embracing Change as Path to Innovation 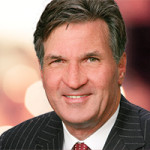 It’s often said that change is the only consistency in life. And in the insurance industry, this adage is true now more than ever. An evolving economy, rapid emergence of new technologies and a rocky healthcare landscape are among the industry’s most difficult issues to navigate. It’s Charles A. Touché’s ability to adapt to such change — quickly and fearlessly — that has helped transform Lovitt & Touché into a leading insurance brokerage.

The insurance industry, in general, is a crowded space. There is an abundance of independent brokerages that cater to businesses and individuals alike, offering seemingly similar products and services. Some last, some do not. Standing out can be a challenge.

Touché says the longevity of the firm, founded in 1911 in Tucson, speaks volumes about its reach, product offerings, client loyalty and eagerness to innovate. “We continue to thrive because our succession of leaders have chosen to embrace change, rather than fight it.”

However, embracing change is easier said than done. Touché has had his fair share of challenges and even naysayers. For instance, growing the business in the Phoenix market was met with some opposition. “In 1995, I decide to move from Tucson to Phoenix to build our presence in the region. I can’t tell you how many people advised against this. However, I knew our potential and our people. I knew we could become a statewide insurance and benefits leader if we went for it,” he says.

When the company started to execute its growth strategy in the Phoenix market, Touché served as president. He took over as CEO shortly after the expansion in 1998 when his father, Carlos Touché, retired. Carlos — an innovator in his own right — started working in the insurance industry in the 1950s. He had immigrated to the United States from Mexico when he was 14 years old, committed to fulfilling the American Dream. Insurance provided him an avenue to do that, and his family followed in his footsteps.

“One of the reasons my father was so successful is because he always put people first,” says Touché. “My brother [Steven Touché, who serves as president] and I continue that tradition when things are looking up and when we’re faced with new challenges.”

When Touché assumed the role of CEO, the company had 90 employees and annual revenues of $10.5 million. Today, Lovitt & Touché employs nearly 200 and brings in $35 million annually. Getting steeped in the local community, Touché says, contributed significantly to this growth. “I was able to assimilate to the business community early on because I entrenched myself in the charitable community. I felt it was both a responsibility and a privilege to get involved.”

Community involvement is engrained in the Lovitt & Touché culture. So much so, the company rebranded itself to embrace the slogan “Business Minded. Community Focused” in 2014. Living up to this brand, the company contributed more than $500,000 to local charitable and professional organizations throughout Arizona last year alone. Plus, employees actively participated in charity walks and hosted fundraisers on their own. “The community-minded mantra runs deep throughout the company,” he adds.

Looking forward, Touché says the industry mainstays will lead through technological and product innovation. The company’s private healthcare exchange, ClearPath Prime, serves as an example. It utilizes a Web-based portal where employees can log in and choose their own benefits packages based on their individual needs. The ClearPath Prime suite of tools provides a personalized shopping experience along with sophisticated statistical modeling, educational tools and simplified plan summaries.

“As healthcare costs continue to rise, employers are demanding insurance products and services that are custom-tailored to their workforces and offer them more control. A private exchange does just that. We hear our clients loud and clear, and we are investing in the time and technology to meet their evolving needs,” Touché says.

Even as insurance technologies get more sophisticated and widely adopted, Touché insists the human element will not lose its value. “Insurance is and always will be a people business. We’re developing new technologies to help our clients maintain more control and save more money, yet I want to make sure our personal relationships remain intact. I believe we can use technology to enhance these relationships, not replace them.”

Lovitt & Touché at a Glance