You are here: Home / In Business / Business Built the Glendale CVB
In Business  |  Feature  |  October 2014 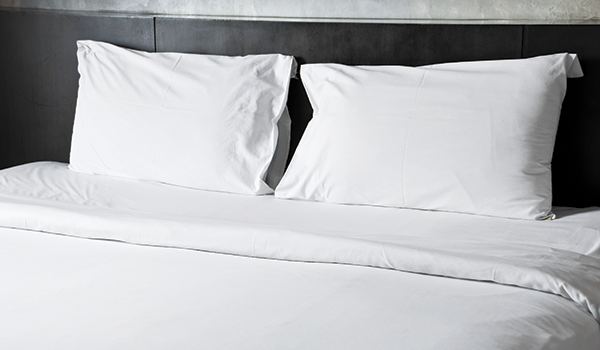 Glendale hotel executives, looking for a way to boost business, took the unusual step of asking for a tax increase, and it turned out to be a win-win-win.

Revenue from a 1.6-percent increase in Glendale’s bed tax is earmarked for the Glendale Convention & Visitors Bureau, which has increased its promotional and marketing activities; hotel occupancy rates are growing by double digits; and it doesn’t cost Glendale residents and local taxpayers a dime. A trifecta.

The unusual arrangement of the private sector offering to provide funding for a government agency stems from Glendale hotel operators seeing an opportunity to tap into the lucrative convention and group market. The prospect of attracting major events was enhanced after Glendale became home to the University of Phoenix Stadium and the Arizona Cardinals, Gila River Arena and the Arizona Coyotes, and host to such mega attractions as the Super Bowl, including the upcoming 2015 game, and Pro Bowl and the Fiesta Bowl, plus the Westgate Entertainment District.

In fact, the 2008 Super Bowl held in Glendale was the trigger. Lorraine Pino, manager of the Glendale CVB, tells how members of the former West Valley Events Coalition recognized the benefit of working together to showcase the region. “The coalition saw that when we bring in large-scale events like the Super Bowl, Spring Training baseball and even Wrestlemania, we need to build partnerships to make sure that we’re receiving our piece of tourism pie. So, we formalized our partnerships and formed the Glendale Convention and Visitors Bureau in 2010,” she says.

The 1.6-percent increase in the bed tax, approved by the Glendale City Council in 2012, boosted the tax to 5 percent, which is comparable to most other Valley cities. The increase generates about $400,000 a year, and brings the CVB budget to $700,000, Pino says. The CVB is entirely funded by the bed tax, which for the most part is paid by visitors, with no impact on the city’s general fund and local taxpayers.

Although the CVB is based in Glendale, it serves 14 West Valley cities. In the past few years, the number of Glendale hotel rooms has increased to nearly 1,500 from just 400, and the West Valley now boasts 8,000 rooms.

The move to fully fund the CVB with the bed tax was recommended by the hotel operators. “It was a natural transition that the hoteliers saw even before the CVB saw it,” Pino says. “When the business community speaks, you want to listen. They really carried the water for us.”

Pino credits Lynnie Green, general manager of the Renaissance Glendale Hotel & Spa, the largest in the city with 320 guest rooms that include 46 suites, as being the leading “proponent and cheerleader for the hotel business.”

Green notes the business community knows the CVB has the wherewithal to help land a major meeting or event. Now in her eighth year in Glendale, Green praises the CVB and says, “Overall, there has been tremendous improvement in getting the City of Glendale’s name out there.”

The push from the hotels came about even though the CVB was already doing a good job, especially in the leisure market. The hotels were targeting the group market, which was new to Glendale. As a result of the additional support, Glendale receives more money to promote the region, increasing outreach to Southern California and the Midwest, especially the Chicago area. Being the spring training home of the Los Angeles Dodgers and the Chicago White Sox figures into that strategy.

In addition, an advisory committee consisting of representatives from each of the Glendale hotels helps drive tourism programs and comes up with new opportunities. One of the key recommendations was the formation of a CVB sales division specifically for conventions and groups. The new division, led by a sales manager, is expected to debut this month.

“We listened and we heard,” Pino says. “Since we have this new funding, we have experienced double-digit increases in hotel occupancy year over year. We have added staff; we have increased member benefits, including a new mobile app, a blog and the latest social media tools; plus we’re increasing our outreach to media familiarization tours.”

A Glendale resident for 42 years, Pino, bursting with pride, says, “I have seen our city change in such an amazing way. Seeing the growth and being part of it is the best job. We have changed from maybe a one-day destination with a wonderful historic downtown to now the premiere sports entertainment district in the region.”