You are here: Home / In Business / Blue Sky Pest Control: Building Strength from Small Decisions
In Business  |  From the Top  |  June 2015 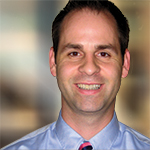 The creepy-crawlies of the Arizona desert are no match for Curtis Whalen and Nathan Woolf, owners of Blue Sky Pest Control. The Phoenix-based company has experienced aggressive growth since opening its first office in the Phoenix metropolitan area in 2003, and now has more than 65 employees and a second location in Gilbert. This growth advanced even during the economic recession that hit at the end of 2007, enabling the company to continue to operate without having to lay off any of its employees.

Whalen credits Blue Sky’s extensive hiring process. “Our thoughts are that if you hire the right people, they will want to do well — which is why we take the time to perform in-depth examinations,” he says. In addition to the interview, the process includes a background check, drug-screening, two or three subsequent interviews, and a personality assessment. Spending a substantial amount of time on finding the right people, Whalen believes, helps ensure new hires fit the Blue Sky culture of integrity, honesty, providing great service and being passionate about taking care of the customer. 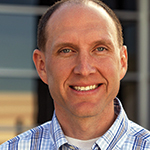 To maintain the high-quality of service needed to grow their company, Whalen and Woolf have implemented a specific training regimen. Woolf was the assistant product manager at FranklinCovey for The 7 Habits of Highly Effective People — a book that was groundbreaking in 1989 and has remained a bestseller — and his experience with the concepts gives him a unique edge in training the Blue Sky Pest Control team. Each employee is given a copy of the book, and Woolf works with one department at a time, meeting with the team members each week to review initial training material, reinforce their knowledge and sharpen their skills. “It is not just talking about [the book] but walking and training people through it and how to implement [the methods] effectively,” he says. It is more than just a token slogan on the wall, Woolf notes, but a focused effort to make it a part of the company’s DNA.

“You are only as strong as everyone on your team,” says Whalen. “If they don’t know how they are doing or what success looks like within the company, we have to be transparent in providing feedback.” In that regard, Whalen feels that a significant part of Blue Sky’s success lies in team communication. An innovative approach Whalen and Woolf employ is to give each employee a report card twice a month that analyzes his or her service, focusing on what that employee does exceptionally well and identifying areas that need improvement. Some of the areas measured are application of skills and customer satisfaction.

As a coach, Whalen says, he can focus a lot on the positive and appreciation for his team while also being straightforward about areas that need work. A direct and honest approach is the key to establishing solid relationships and offering helpful feedback that ultimately helps the entire team, he notes.  In utilizing this hands-on approach, Whalen believes he can help his team build integrity by inspiring them to perform quality work and make decisions “for the betterment of the customer.”

Observing that it’s very easy for workers to want to do the bare minimum when they go to a customer’s home, Woolf relates many of his employees will perform small duties they doubt the customer will even notice, like spraying something extra or cleaning something out. To encourage this level of employees going above and beyond what they initially came out to do, Whalen and Woolf empower their employees to make decisions they enjoy doing and feel good about.

It is not a single isolated action that makes the difference; rather; it’s the cumulative effect of the many small decisions people make as they go about their work. “We talk about culture a lot here,” says Woolf, “because culture ultimately affects peoples’ behavior when they are making thousands and thousands of little decisions a day.”